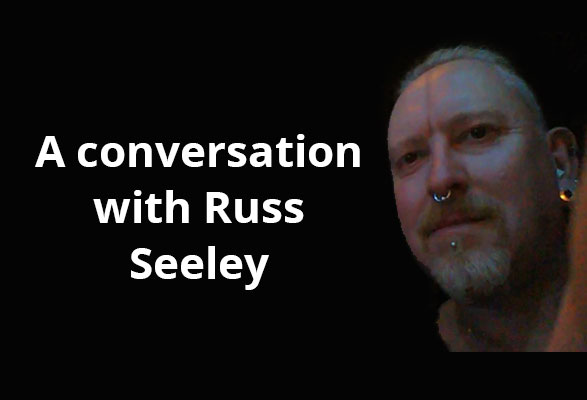 You’ve been DJing around Luton for a while now (to say the least). How did you get into DJing and where was your first gig?

I’d been friends with a couple since the early 90s, and even worked with them for a brief time. Following the demise of this role in early 2000, they put in a tender to take over the running of the ‘Cats Whiskers’ pub in Alma Street, which, in turn became ‘The Office’. After a time, together with the hosts of Flame, which was originally run at the Strathmore Hotel, ‘The Oddfellows Arms was purchased in Dunstable Place, with the intent of becoming the towns main LGBT bar & club. Luckily for me, they insisted that we run an alternative/gothic club at least once a month, and in the July of 2002, The Coven, was born, with myself making my debut as a DJ. I’d been supplying music for The Office previously and knew of my passion for music, and basically gave me a shot, together with ex-RedEye DJ Alex. I was given a quick lesson on the DJ decks a few hours previous to the opening of the night, and the rest is history!

Talk about how the Goth scene, both in Luton and more generally has evolved since you became involved in it.

I’m afraid ‘evolved’ isn’t the correct term to address this anymore. Whilst Luton and indeed Bedfordshire had a vibrant scene for a few years, this has quickly dissipated since the demise of The Coven back in 2011. Even with a resurgence of another club night in Luton proving fruitless a few years later. If you see a goth these days, it’s a very rare sighting. I don’t even use the tag ‘goth’ or my old DJ name for my events now, and prefer ‘alternative’ as it gives me a much wider scope to include other genres and styles. I believe Northampton and Oxford still run goth nights to some decree, and probably London if you dig deep enough, but I no longer associate with the scene, as I found the term and music too restrictive and needed my passion and tastes to grow.

Did you ever get to DJ at Slimelight?

No, but once I started running The Coven, I knew there was no desire to. My highlight was DJing at The Electric Ballroom in Camden. My days of clubbing at ‘Full Tilt’ in the eighties will always remain my favourite times, so getting to perform there was indeed an experience that will remain with me always. I’ve since played various other London clubs and around the country, but my love has always been that of the local scene.

Talk about the night you now put on at The George 2nd . What people can expect?

I’m currently hosting my third pub project now, having previously ran ‘Thursday Fury’, ‘Dark Night In Luton’ and now ‘The Friday Alternative’. With all my nights, it comes down to musical growth, and whilst goth music will always be the backbone of my playlists, there are so many new and exciting alternative genres to explore. I started to find my ‘Dark Nights’ were becoming too stifling, and with the support I once had now diminished, I wanted to branch out musically. After all, from hosting a very niche clubnight, to playing local pubs, it’s a totally different scene and atmosphere. You can certainly get away with playing a much broader selection, and I’m always pushing the boundaries as to what I can get away with!

Having been reintroduced to the psyche scene a couple of years back, I’m spending more energy seeking out newer bands to play throughout my nights, although nostalgia will play a big part throughout the writing, so it’s very much a mixed bag. I also like to run themed nights to give me inspiration, loosely based around my love of independent cinema, but you can always find me running the odd 80s night and tribute nights, so best to expect the unexpected! Finally I’d like to thank all at the George 2nd for their support over the years