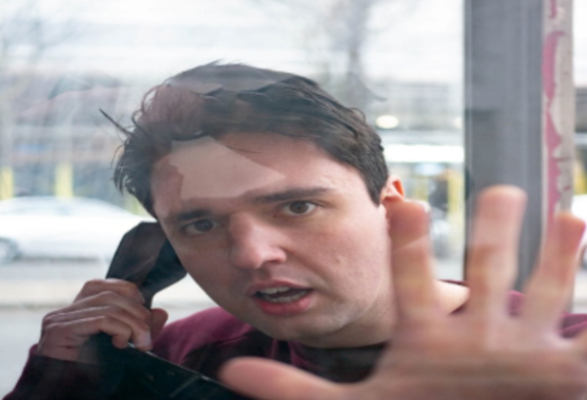 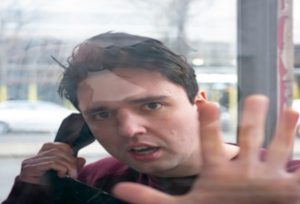 My brain likes Aiden Dale’s music so much that I have to strictly regulate when I listen to his tracks on Spotify as I will have one, two or all of the songs winding through my head for days afterwards. Seriously, it’s like the plague or something; just sorting this interview into publisher has unleashed his song ‘Head/Heart’ on an endless loop in my mind. Having decided against referring to his music as ‘like a plague’ in the interview, I asked him some other, less easily misconstrued questions.

When did you start playing music? Do you have a musical family? Did you take lessons or are you self taught?

I started playing music way back in my early teens when I originally learnt the trombone. I could knock out some Glenn Miller for you back in the day. I moved on to guitar and yeah, I had lessons. From the same guy who taught George Michael. I don’t know if you can tell?

Who are your biggest influences?

I’m influenced by all sorts of music. Anything from pop/rock to jazz or world music. I also love math/prog rock. I also love hip hop. I’m secretly getting into country at the moment. The only music I can categorically say I don’t like is djent. I try to expose myself to as many genres as I can to try and get as varied a sound as possible in my own music – I believe that having messy influences can churn out the most interesting and original material.

You’ve generally taken the course of releasing single tracks (apart from the EP obviously). Does this reflect the way you work or is that your preferred way of getting your music out there ? Can we expect a longer form album or further EP’s in the future?

There’s actually going to be another EP in a couple of months. Full albums are too expensive and time consuming and I want to release often so putting out albums wouldn’t allow me to keep releasing consistently.

For an up and coming artist like yourself, how do you see the music industry evolving and how would someone like yourself navigate it and become successful (whatever that means to you)?

The music industry is so vast that nowadays there’s no correct way of navigating it. Artists achieve success through their own means and take all different paths. One artist will gig for years, playing hundreds of shows, travelling the world living hand to mouth and have nothing to show for it after. Another artist will upload a live performance to YouTube and be offered a major label deal, or even crazier now, go viral and be able to make money on their own using social media and streaming services with no label backing whatsoever (although they would have an inbox flooded with offers)… so in that way it’s really unlike any other industry in the world. But as you say, success is subjective to the individual so if you know what it is you want then all I can say is give it your best and let the chips fall where they may.

You record with a full band but generally play solo. Do you have any plans to form a band proper and gig more widely with it?

Unless I’m making enough money from music to pay the musicians then I doubt it would work. Ironically, all my friends are musicians but they have their own commitments and I don’t want to bother them!

I think events like that are absolutely necessary. To be able to connect with other musicians face to face, to network and make contacts is indispensable.

Join me in my glorious misery @aid.dale on Instagram and across all streaming platforms