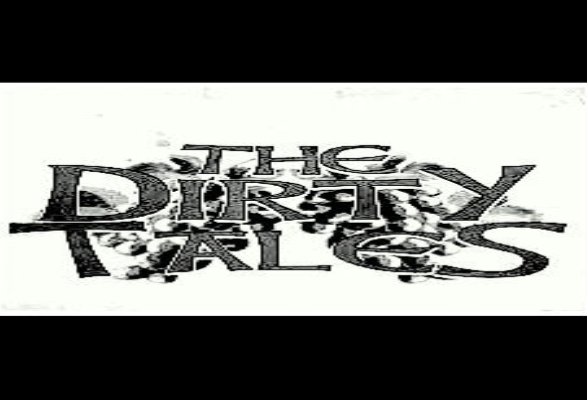 The Dirty Tales have made a name for themselves with their raucous live performances, fuelled by politically charged Celtic-rock and booze, plenty of booze.  With the release of their debut EP ‘Blackout Drinking’, VB@H get to discover just who this wild bunch are.

For the uninitiated, who and what are The Dirty Tales?

We are a 6 piece band from Bedford, who play drinking songs and protest songs. We started when Mighton’s (singer) folk band Get Tae Folk and Rich’s (guitarist) The dilenQuents disbanded around a similar time. The two had always wanted to play together and started learning traditional Irish covers. As we started writing our own songs we added Freya on piano, Joe on drums and then Jamie picked up the bass from scratch to become an accomplished player. Louie joined us on lead guitar and we’re also honoured to be joined by Easydread’s Jon Pryce on Mandolin as and when he is available.

How important is it to you as a band to get your message across in your music?

It is arguably one of the most important reasons, The Dirty Tales emerged from alcoholism. Pretty much since day one we’ve been a band that takes an element of pride in standing up for and representing the mistreated and misrepresented members of our ever decaying society.

Drinking gets its fair share of EP airtime, what’s the band’s poison?

Buckfast Tonic Wine! We drink so much of it that we can usually be found sharing it with those who come to see us while we play. It even gets referenced in one or two of our songs.

There’s a big Celtic influence in your sound. Where did this influence come from?

Mostly from Mighton, who grew up listening to it, but then there’s also the element of the heavier bands and punk bands that we all enjoy. The rebel songs we learned as we were first jamming together left their mark on the songs we were writing and it’s still there in the new stuff, too.

How do you feel about the local music scene?

Esquires has been good to us, we have been fortunate enough to have shared the stage with bands like Ferocious Dog and The Rumjacks, as well as local legends Henry and the Bleeders. We’ve built up a local following who really bring their own energy to the shows that we play.

And what’s next for The Dirty Tales?

Depending on how Brexit works out we just don’t know. As long as those guys out there are making bad decisions and treating people the way they do, we’re going to keep having things to write about. A highlight this summer will be playing the VB@H show at The Castle on July 27th!#