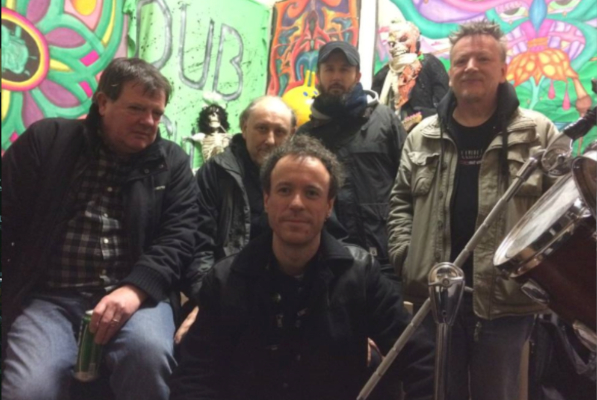 Apologies in advance for the brevity of this review. I only got to the venue about half seven and what with this and that, only saw three acts fully but, well, here’s what I saw… 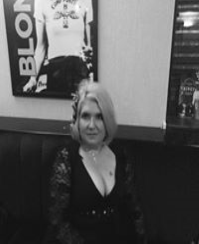 Cherry B is performing on her own tonight, her usual partner missing for reasons that may have been explained, but that I didn’t note down if so. Her description on her Twitter page runs thus – ‘Punk Poet Provocateur! Twisting hardcore politics into Carry on innuendos.’ Which sums up exactly what we get; razor sharp insights, political savvy and frank reflections on the sexual shortcomings of various men. Considering this is all done accapella, so to speak, it’s a testament to her charisma and performing skills that she has no difficulty in engaging the room. The most memorable poem,  ‘The Corbyn Crush’ is just great and she doesn’t put a foot wrong. 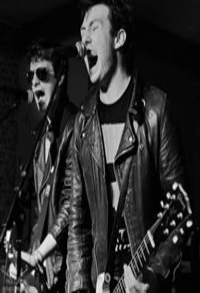 Hazard are on next and it’s great to see them in their element. They’ve come in for some mixed reviews in these pages but tonight they are ace. It’s easy to forget how young they are, indeed, I recently uncovered some of my recordings from when I was around their age and, frankly, If I’d have been half as committed and mature as they come across tonight my life might have turned out very differently. Their set is somewhat plagued by technical difficulties but they don’t skip a beat and push on through. They also try out a new song which is very good and reminds you that they are a band still developing and trying new things, which is exactly the right approach. They’ve also got a real hit in their set called ‘Lost in England’ which is a classic in the making. 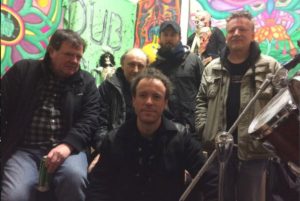 The last band I got to see were called The Bleach Boys and it’s unfortunate for them that Anti Nowhere League are about to play upstairs as Dannys Bar, where I saw all these acts, largely empties for their performance. They’ve been together in one form or another since 1976 and there’s still a couple of original members playing tonight, however the frontman is obviously a relatively new member and he has the kind of face which paints him as a mellow guy, but as soon as the set starts he transforms into a very angry man indeed. Once again there’s a few technical issues, this time with the mic but the band, seasoned as they are, don’t let it affect them.  The songs are tight, fast and well executed and don’t descend into shouty incomprehensibility and while the sound is not great, they have enough energy and stage smarts to make up for it.

You can read organiser Andy Chesham’s reflections on the event elsewhere in these pages, but for me it was a well organised and ambitious event that, for enthusiasts of the genre, did the job admirably.