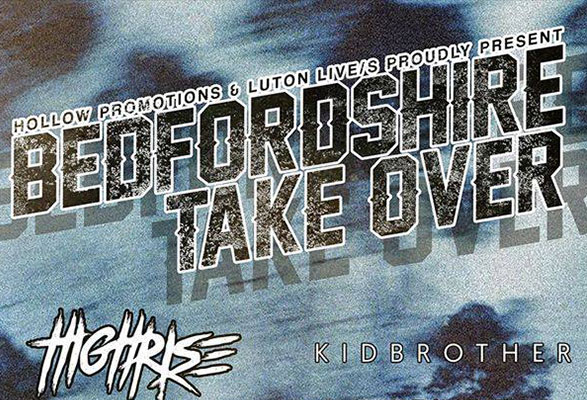 “There’s nothing going on in this town”. The infamous line we’ve all heard, and perhaps uttered ourselves.  It’s not quite true though is it?  With acrobats and circus acts, Imagine Luton festival has brought the town centre to life with performance art aplenty.  Making my way to The Castle for a day of live music through this vibrant labyrinth, I find myself distracted by The Bureau of Random Acts delighting the crowd with their ‘Movies Throughout History’ dance routine.  Their comedic parodies keep me hooked until the end. Realising I’ve missed the opening band I push forwards, politely declining the Bee Keeper’s invitation to peek inside the hives situated outside the Town Hall.  Must reach The Castle! Must see bands!! No time for bees!!! Shoving a mime artist to one side. 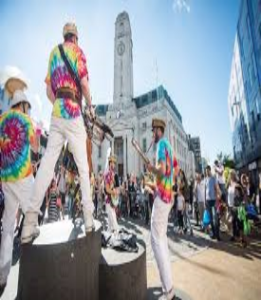 Here in The Castle’s backyard, there’s no room for silent acts.  Especially with 7 of the 8 bands still to come.  Sorry, Auto-Pilot Go. Those damn acrobats! But enough of the circus, onto the music.  One Last Daybreak are very emo, and by their own admission very 2004.  It’s just all a bit too much of a tribute to a dated scene, leaving their sexdoll mascot, Derick, the most interesting thing about them.  Hidden Palace follow with a delicate intricacy, akin of cult heroes American Football.  With gentle math-rock timing, their set is a subtle building wave ending with their single ‘Oceans’, which sounds as vast as the title suggests. 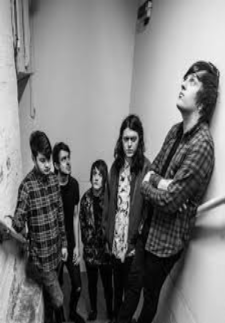 No strangers to The Castle, Milton Keynes trio Khasia still carry the hallmarks of 90’s Seattle, with echoes of Chris Cornell and Pearl Jam.  Sounding more robust than previous visits, it comes to light this is a new line-up, who’ve had just one week to learn the songs.  Considering I can’t even remember my own phone number, credit due to what is a great, heart on checked-sleeve performance.  The stand-in members belong to Radio Decade, a band which eliminated my co-editor from a Battle of the Bands competition.  Whether they’ll be permanent, I’m unsure, but here’s hoping Khasia’s main man chooses his personnel wisely and keeps to this level. And may I be the first to congratulate Radio Decade.

Bringing an unsuspected, and well executed Rueben/Jet Plane Landing influence to proceedings, Chocolate pack a real punch, so it’s no surprise one of their songs is called ‘Heavyweight’.  Sports casual does post-hardcore, the Hertfordshire 3-piece play more than their part to keep this day ever ascending.  The torch passes to The King Is Dead, who grab it with both hands.  A relentless Cannonball Run between Eighties Matchbox B-line Disaster and System of a Down, the Leeds based, Luton fronted heavy rock outfit are a Hammer Horror joyride, and when singer Omar declares, “Let’s get fuckin weird!!”,  it’s impossible to decline.  In spirit at least.  This is an absolute hotrod, rubber burning, full-throttle performance from a juggernaut of a live act.

Today the quality of each band has given added drive to the next, eager to up their game.  No finer an example than Ill-Informed who are determined and immense from the start.  Lost in the moment, Laura Hill needs little persuading to flex her rockstar credentials, climbing aloft the smoking shelter during the superb anthem ‘Where Did It All Go Wrong?’.  Ill-Informed are producing the quality we all knew they could.  This is a real coming-of-age performance by our wonderful local noiseniks, who on this evidence, can grow to be as good as they wish. 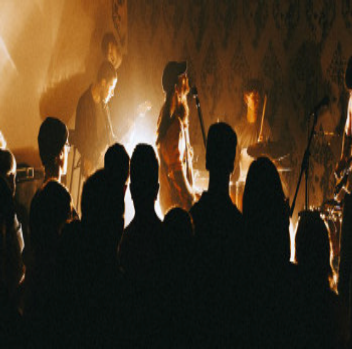 Dusk settles as fairylights illuminate the stage.  As if opening a passageway into a Guillermo del Toro film, Coldbones have created an enchanting world all of their own.  A cinematic experience, it’s not only one of the most exhilarating performances I’ve had the pleasure to witness in this town, but anywhere.  A masterclass, which lays claim to Coldbones being the heirs to the post-rock throne (Mogwai/ Explosions In the Sky/ Godspeed). This must be how it feels to have 13 angels standing guard round your bedside.  It’s the sound of a happy heart exploding in outer space and it’s further proof the earth is not a cold dead place. It’s a beautiful thing and I don’t mind admitting I’m moved.  I’m moved that Coldbones are giving me faith in a genre I love so much and music as a whole.  I’m moved because I’m witnessing one of my all time favourite live performances, in the beer garden of my local pub, in my hometown.  I am moved because I know how much effort it takes Luton Live/s to make this happen.  I’m moved because of the struggle, because of the passion.  What more can I say.  It’s life affirming, and I think I’ve got something in my eye.

It was always going to be a difficult task to follow, and label mates KidBrother are simply not on the same level.  Even with one of their singers scaling The Castle’s walls, this emo by numbers fails to hit great heights.  Still, this was a triumphant day of music which meant so much to many.  A day where the bands and crowd intertwined, inseparable in their support for a shared caused.