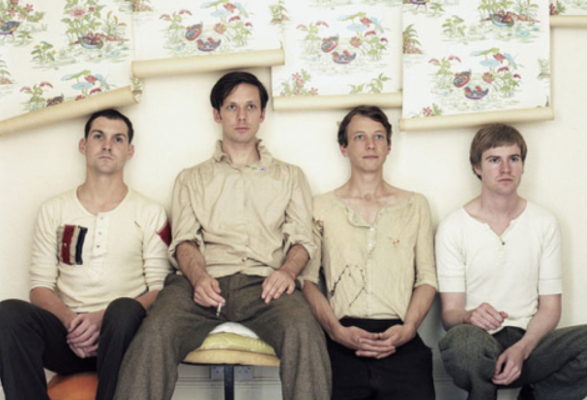 With great fortune I acquired a ticket for tonight’s sold out show at The Horn, due to my uncle’s best mate being unable to attend.  After asking his brother, work colleagues, window cleaner and the guy footing his window cleaner’s ladder, I eventually got the nod to see a band I’ve long been a fan of, in one of my favourite intimate venues.  That band is British Sea Power, a band that have always been on the peripheral of the mainstream indie scene, as if laying claim to their very own island to exist upon.  BSP for my money, are not the “cult band” they’re so often referred to, they are in fact an institution. 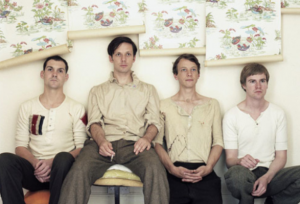 Inside the ram packed Horn it’s all aboard the good ship BSP, as the six members just about squeeze onto the stage; there’s no room for the famous shrubbery and wildlife props tonight.  With no owl to gaze upon, my mind wanders and I begin to wonder, ‘with this being what’s referred to in the business as a “warm-up gig”, have I been led to a testing lab for new experimental ideas?’ Simply put, not on your nelly!

Sussex’s (the more you say that out loud, the less it seems like a real word) greatest indie stalwarts stick to gems from their treasure trove throughout.  Early singles ‘Remember Me’ and ‘Carrion’ sounding as urgent and magical as ever; songs which were the platform of which BSP built upon to still produce the quality of their latest LP, ‘Let The Dancers Inherit The Party’, which tonight lends crowd pleasers ‘Bad Bohemian’ and ‘Keep On Trying (Sechs Freunde)’. 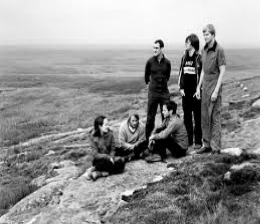 BSP have a unique ability to trigger a playful, nostalgic notion that has me longing to wear camouflage and climb trees, whilst also creating music with such beauty that it paints the sky with stars, best viewed sitting within the tree tops.  They are the soundtrack to an explorative imagination steeped in nature, and perhaps history will reveal just how good they actually are,  if/when their influence begins to shine through generations to come, much like an influence of their own, Galaxie 500.

Tonight BSP prove to be evergreen, from their timeless songwriting to their seemingly never ageing appearance; they were to begin with young men with old souls and 2008’s ‘Waving Flags’ is an anthem still relevant to the current political times. Unable to fully leave the stage within the space between the final encore, it’s the breathtaking instrumental ‘The Great Skua’ which concludes; taking flight and soaring, giving justice to its namesake, filling every nook and cranny of The Horn, and everyone’s hearts.  We all salute you British Sea Power.