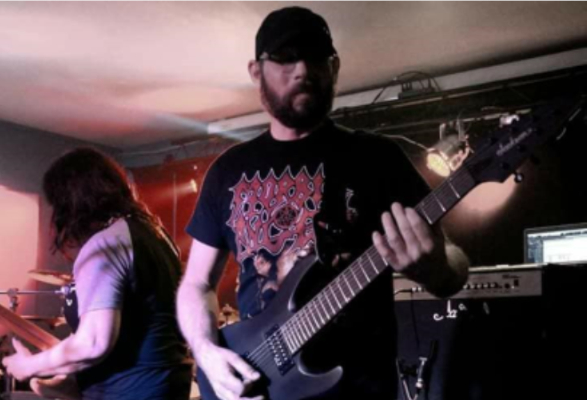 An epic night at The George as Luton bathed in the glory of the football team winning their last game and going up as champions, fulfilling and concluding Mick Harfords story arc from the dark days of 2009 to this, his crowning moment of glory. Aside from the specific achievements of the football team, their victory is a tremendous boon to the town and all of you reading this. The town is on the up and this opportunity mustn’t be wasted. 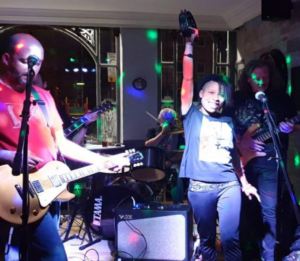 The George is absolutely heaving and the deafening racket is punctuated by shouts and laughter while sporadic and spontaneous football chants pass like waves through the crowd. Into this maelstrom must step The Sun Dog Collective who have not been able to soundcheck (no one has) as until about an hour before ‘kick-off’ the pub was solely dedicated to watching football. With this in mind their first song is largely drowned out, beyond the immediate crowd around the stage and what can be heard is all over the place in terms of levels. However they gamely push on and the mix settles down. I thought they did very well given that most of the people in the pub were either not listening or were largely disinterested. From my vantage point a few rows back their set was one of the tightest I’ve seen them play, with a lot of the sloppiness rehearsed away, particularly in the rhythm section. It’s hard to give them a proper review as the atmosphere was so chaotic that a sober judgement is or was impossible. However, they do well and go out with a bang with a cover of Neil Youngs ‘Keep on Rocking in the Free World’ 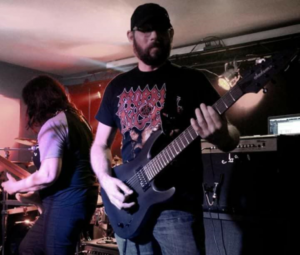 Of course, one of the reasons this last song goes down so well is the fact that this crowd is basically a bunch of football blokes here to drink and shout at each other about football, so what the hell are they going to make of Descend? I am genuinely apprehensive. Will a death metal band, thrown into this mix, annoy the more pissed up members of the crowd and lead to trouble? I even contemplate giving up the review because it seems pointless if I can’t really hear or get close to the band. I need not have worried. Descend descend on The George like a cleansing fire. From pretty much the off their ferocious brand of ultra-heavy riffage sorts the music fan men from the football boys and although the crowd doesn’t really thin much, enough of the boorish minority leave to transform the night into a proper gig. Now I can get to front and witness a tour de force from Descend. They are having the time of their lives and their complex, subtle, delicate and heavy tunes win the crowd and myself over to their cause. Vocalist Chris Oakley is a supremely confident frontman and the guitarist combination of Vix Stone and James Alder makes for a heady mixture, with Stones discordant solos in particular cutting through the low lying fog like a rusty blade. They end triumphant with the crowd baying for more and electric smiles on their faces. 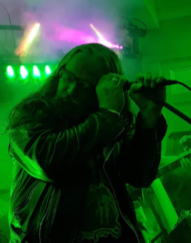 Last up tonight are Cerberus and I’m seeing my old mate Matt Ellis perform as frontman for the group for the first time (my first time, not his). Cerberus are old hands at this and they play a set of astonishing vigour and variety. What really stands out is the relentless way they simply keep going, song after song. Ellis is excellent on the vocals and it’s good to see him at the top of his game, bounding around the stage, urging the crowd on and putting in a vintage performance that rivalled his Rogue days. The band besides are, of course, excellent and are perfect for this kind of atmosphere, with their mixture of originals and covers keeping the still enormous crowd interested and clapping along while the drinks flow and the conversations become fractured and simplified. I have to admit they defeated me; it was 1am and I had to leave and for all I know they could still be playing now, but for the time I was in their company they kept the ride going and the people happy. What a night!