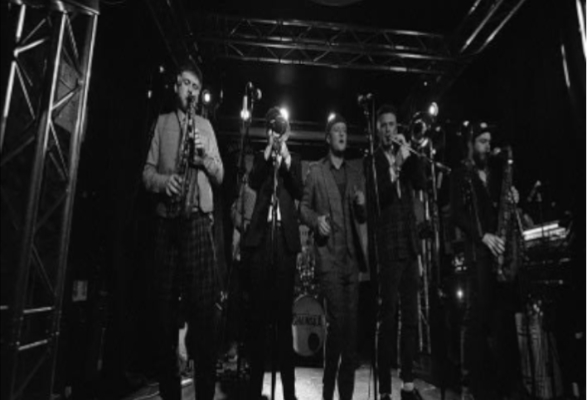 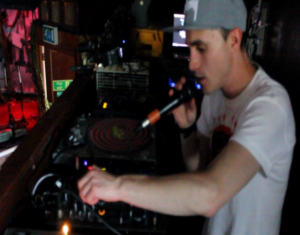 Hitchin’s Club 85 is as intimate as it is endearing, and it has played host to plenty of ska bands – Gentleman’s Dub Club, The Skints and New Town Kings have all made its floors bounce over recent years. So we made our way to see Chainska Brassika there on Friday 25th of January with high hopes of drinking a Nice Time Pale Ale and having a skank.

We weren’t disappointed (although we didn’t find any Nice Time – tropical flavour is banging, too!), every act that night were at the top of their games. Supporting Chainska were local artists Slippy Skills and Easydread, and the brilliant Karl Phillips with his band The Rejects, who’s sound ranged from sunny ska to slap-you-in-the-face grunge in just a banana split second. 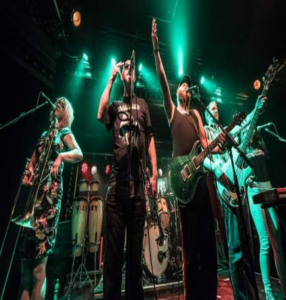 Chainska Brassika wouldn’t have been out of place at a Madness or Special AKA gig 40 years ago (funnily enough, they regularly support Madness). The pork pie hats and golden trumpets were typical ska accessories, but the band itself settled within a perfect mixture of ska, reggae, punk and even jazz. The songs played were primarily from their 2015 debut album Skinna, which features songs like Bad Habits (featured on SBTV) and Wasting My Time, both definitely worth checking out when you feel like moving your feet to a rocksteady beat.

What a variety of people there were! Punk rockers standing side by side with three-piece-suits, teenagers skanking with grumpy old blokes, except there wasn’t a grumpy face in the building. 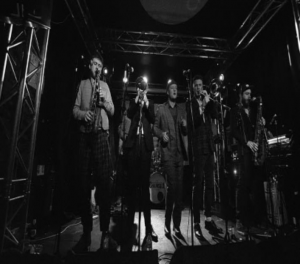 Slippy Skills, who also performed alongside the fantastic Easydread during their set, offered up his afro-Michael Jackson wig to Chainska’s frontman, who seemed ecstatic to have a full head of hair again, immediately plonking it on his shaved head, only to jump around until it fell off again. His vocals were surprisingly melodic for a modern ska band – in fact, the whole group were musically talented; an astonishingly rare find during these days full of autotune and miming.

This dark, dingy yet energetic and atmospheric gig was indicative of a ska revitalisation in the very near future. And as Chainska say – if the vibes ain’t right then we’ll pick it up and start all again.