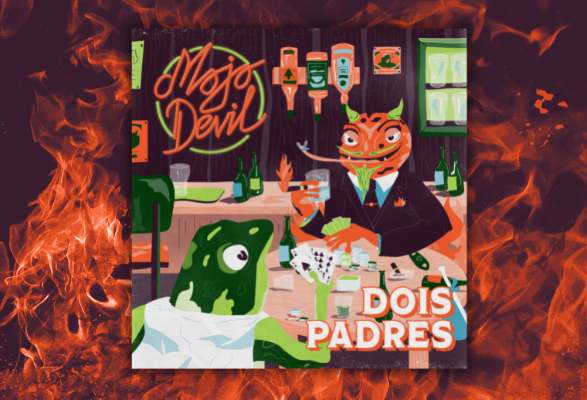 Out now on Vandalism Begins at Home Records, it’s the second single taken from the forthcoming new album ‘Comin’ In Hot’ after ‘How You Gonna’.

Conjuring up a cataclysmic bar brawl atmosphere, ‘Mojo Devil’ sees this wrecking crew kick up the flames and let the fire break loose.

The boys burn through two-and-a-half turbo-charged minutes, pouring petrol on a pyre that’s too hot for Beelzebub, and twice as spicy. 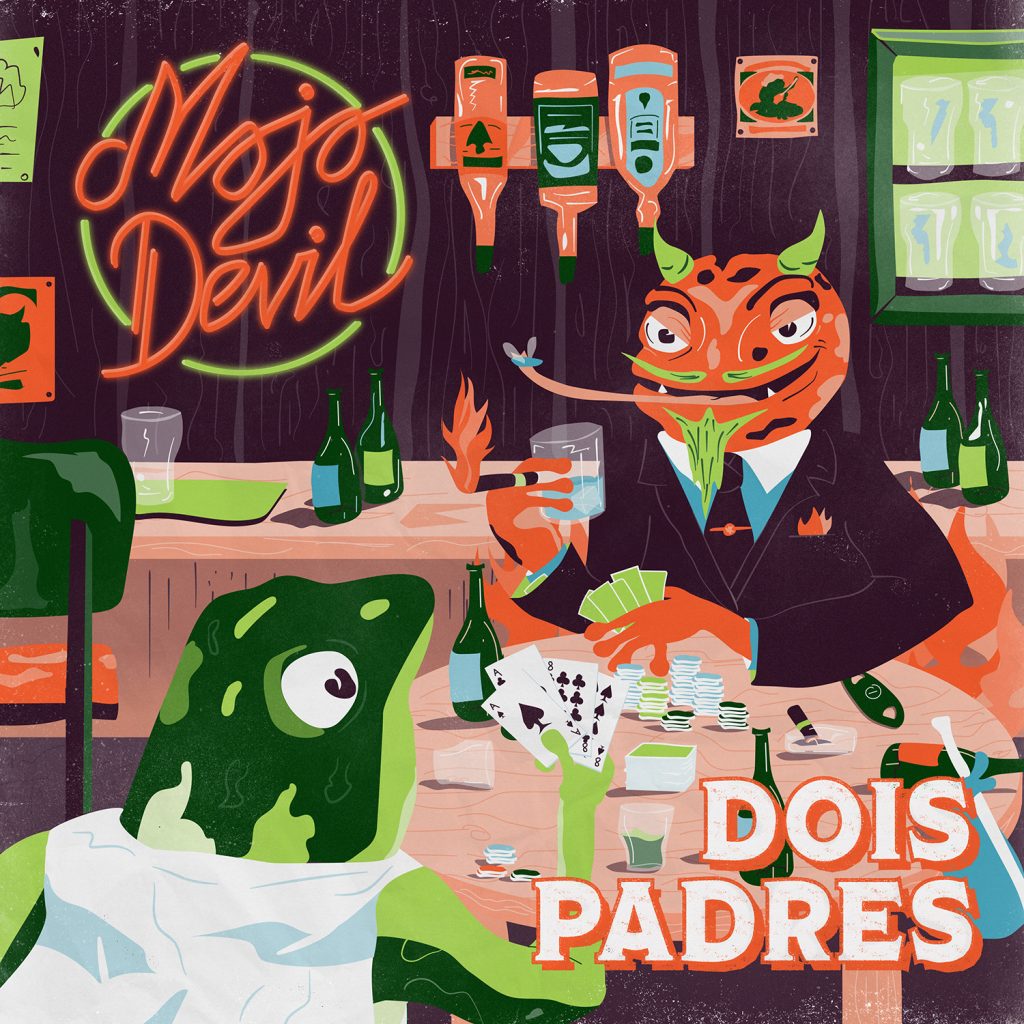 Fiery frontman Danny Young unleashes a hexed howl that heeds a rock n roll tale as old as the crossroads themselves.

“I’ve been down to the devil below, calling shotgun in a hearse

“You say that it’s hell on earth, but it really could be worse,” crows the Padres pistolero.

A nice n sleazy swamp stomp segue then sets up a feral finale that screams ‘get thee behind me Satan’ – because the only pact the Padres make is with themselves. 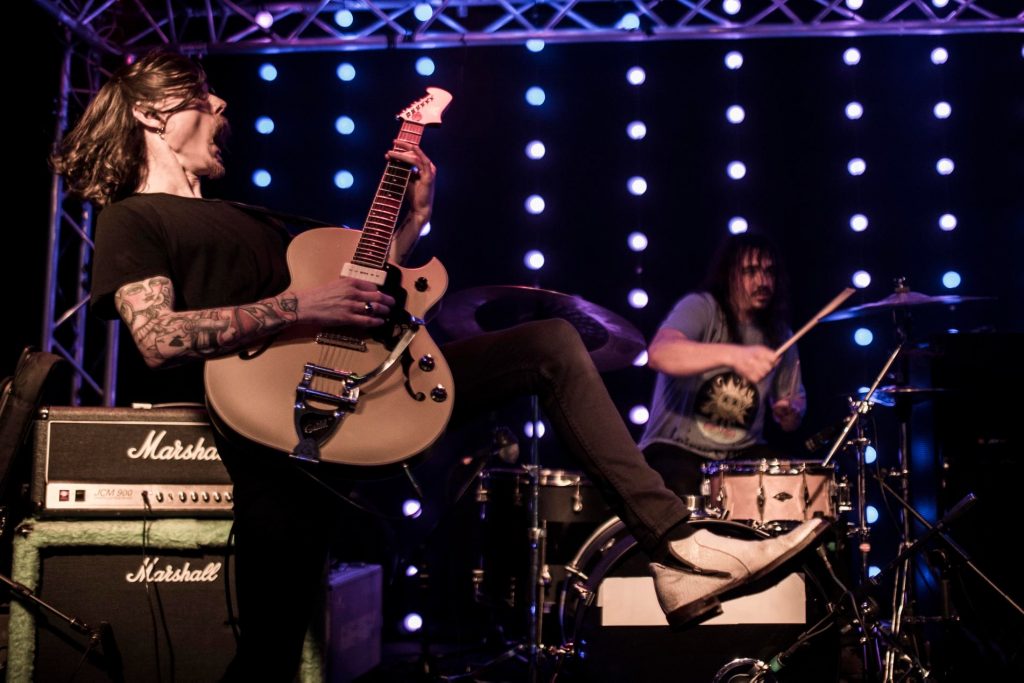 “We all have a little Mojo Devil inside of us” says Young, adding “Sometimes you’re fighting your demons, other times you’re dancing with them. Either way, it’s not about good or evil; it’s about working with that hellfire inside of you to tap in to your true mojo and have fun with it”

“Mojo Devil is pure rage power from start to finish. It was an absolute riot putting this track together, it’s definitely made for some dancing at dusk!” says stickman George Cowan, whose fire and brimstone beats bring the beast out from these blues rockin’ aficionados’.

Dois Padres’ new long player, ‘Comin’ In Hot’ is unleashed with  an album release party at the legendary Bedford Esquires on July 29