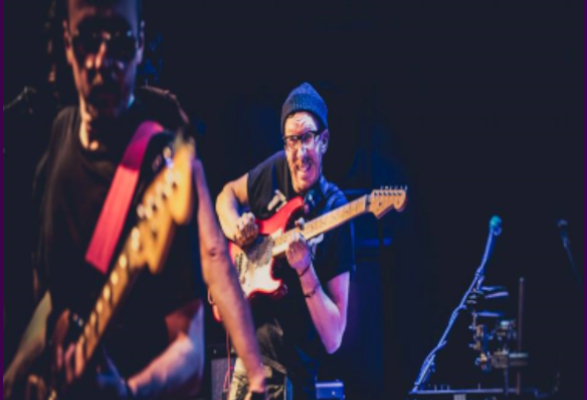 What’s that you say? An evening of music that contains both Easydread and Banton? Well matey, sign me up, saddle the horses, rev the engine, put on a tie, dust the sideboard, shine your shoes, level the crossings and button your flies because, by Jove, we’re off the Bedford Esquires to damn well see those bands and nothing, nobody and nowhere is going to stop us. 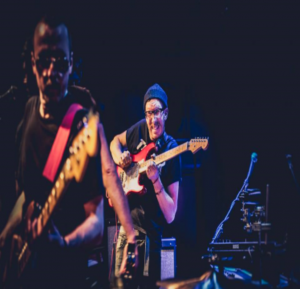 ‘Friday Night Blender’ is an excellent name for a band night, containing just the right amount of ambiguity needed for a Friday night out. All you want to do is forget about work, go out, have some beers and listen to some bands; Saturday nights are for planning, Friday is all about escaping the dreadful grinding wheel. The night is hosted and arranged by the band ‘The Reformers’ and it is they who open tonights three band bill.

Unfortunately much of their set is performed with their guitarist missing a seemingly crucial string which deprives the band of the very nice delay-ridden solo work in evidence during the first song, before the crucial break. As a keen one string guitar soloist, I can appreciate the trouble this situation causes but luckily Steve from Easydread supplies a spare guitar and the last few songs feel much more sonically balanced. The band are good, playing rock and roll interesting enough to keep my attention and much as my reviewers mind wishes to categorise them as this or that, they swerve around these obstacle with inventive punky vigour. Not great but good enough and a very good opening band 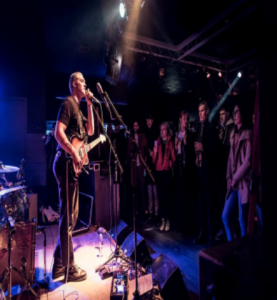 Luke Banton takes to the stage, still somewhat handicapped by his broken leg which forces him to sit throughout the set. This doesn’t matter though as, once again, he’s excellent. Someone doing a sociology degree should come and see him play because one man, sitting on a chair, armed only with a guitar and a loop pedal, should not be able to fill a room with his presence without making any effort. He’s not especially funny, insightful or charismatic yet he has a charm that just draws you in. It helps of course that the music is top notch and that his vocal delivery and lyrical storytelling are pointed and engaging but Banton seems to possess that intangible thing that so many artists wish they had, the ability to entertain. He reminds me of a similar, if more political artist called Dizraeli (look him up) another solo artist who also had the knack of filling the room (or tent as it was). I hope Banton keeps at it because on his current trajectory, the boy is going places 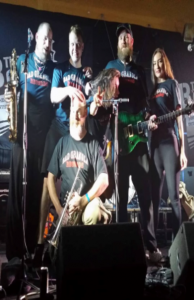 It’s now 11pm and up last are Easydread who would seem to have their work cut out as people start to flag a little given the late hour but of course they do not disappoint. Now veterans of the summer touring circuit, these guys know what they’re doing and how to rouse up a crowd. There’s not much to say to really apart from they’re excellent and soon have everyone (including, on crutches, Luke Banton) up and dancing. They have mastered the trick of putting across a positive political message without coming across as po-faced or lecturing and in vocalist Steve Alger have a frontman who lends the lyrics a certain weight and sincerity (the man is going to make a superb wise grandfather figure one day). Musically the band are spot on (apart from Chris Dinges on bass who is predictably wasted, but no matter) and the brass, the brass, the glorious brass soars above it all in euphoric unison.

So top marks to The Reformers and Esquires for another top night out. Once again it must be said that Luton is crying out for a venue as active and relevant as Bedford Esquires. Maybe with recent victories in hand and the optimism they have brought to the town we can finally have a place like this for our very own.