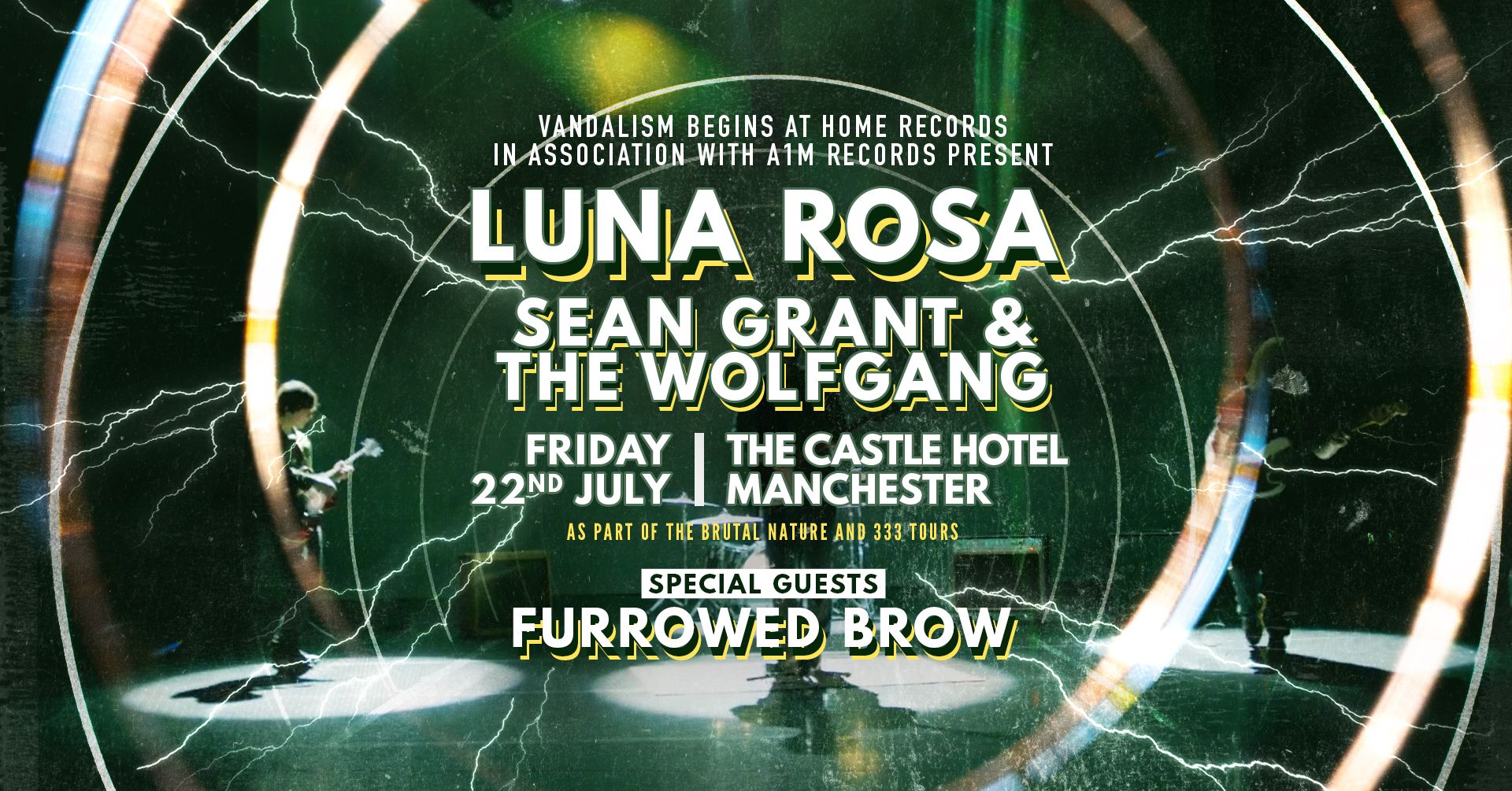 After a brilliant gig as part of the Leave the Capital tour, Luna Rosa and Sean Grant & The Wolfgang return to The Castle Hotel in Manchester to celebrate the release of their new records. Adding their support to the sonic mixing pot, extra special guests; Manchester’s own Furrowed Brow open up proceedings.
22/7/22
The Castle Hotel, Manchester,
Tickets: £6
Doors open at 8PM
Presented by Vandalism Begins At Home Records, in association with A1M Records.
—————————————-

Transcending audiences to a different wavelength, Luna Rosa ride to new lands of undiscovered joy. Raw frenzied tones create the enigmatic backdrop for an unparalleled intensity that is delivered brazenly from the soul. Rory McDade’s battlecry leads the charge of sky-scraping guitars, alongside drums of rolling thunder, sent crashing into the political landscape like a cruise missile. In times such as these, we need bands like Luna Rosa. The future may be uncertain, but it could well be theirs for the taking”.

This cabal of conjurors preach a message of personal power, self-discovery and the triumph of the mind, while a synth-straddling epic dabbles in the dark arts and swells with gothic glory, until a preternatural explosion rips at the fabric of the known cosmos.

Bleak, bewildered, brazen and ethereal,,, telling it like it is with a sardonic smile. Furrowed Brow are up-tempo with wry lyrics that ridicule the hypocrisy, greed and vanity of contemporary society. Tedious love songs are dismissed with scoffing contempt – only irresponsibly catchy and thought-provoking weirdness will do