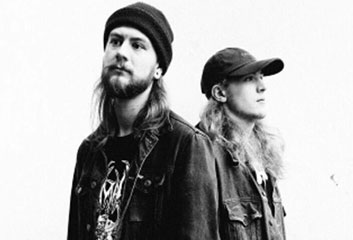 Tonight four bands storm the town centre’s beloved rock pub The Castle with bone crunching guitar music.  So man the barricades for it’s about to get battle epic. 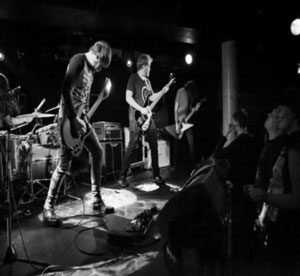 Drifting you into their domain on an ever building wave of post-rock atmospherics, Morag Tong’s opener recalls Explosions In The Sky at their delicate, cinematic best.  With the scene set, the band from Croydon search higher and heavier in a cyclone of stoner rock intertwined with a tsunami of psyche and shoegaze guitars, whilst the militant bark from the singing drummer furthers the intensity as the band push upwards into the ether.  At one point I actually begin to believe I am levitating amongst their wild nature. Morag Tong’s heavy ambience has all the strength and beauty of a seed growing beneath stone.  As it grows the ground opens up until there stands a crowd of mighty trees.  A fantastic all absorbing performance to begin the night. 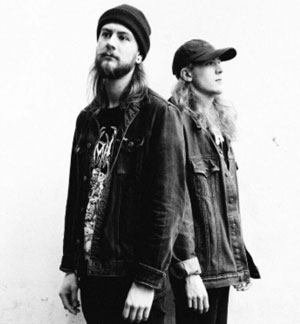 Tusker: Having to check the stage repeatedly in order to confirm that there is in fact only two musicians performing goes some way towards describing the sheer enormity of what I am witnessing. With Tyler Hodges on skin smashing duty and Tom Dimmock bringing the riffage, this duo hailing from Milton Keynes unleash a brutal, rib battering combination of Doom, Stoner and Black Metal. The ethereal vocal, once again courtesy of the sticksman, travels miles  whilst the sheer force of the instrumentation sounds more like an army than just the two men.  This is an act you need to see regardless of what floats your proverbial boat.  Although be warned.  Proverbial or not, it will be seiged then left to burn. Ending on a prolonged growl of guitar, sounding like a prowling jaguar ready to pounce, there is no doubt in the building this was quite simply immense. 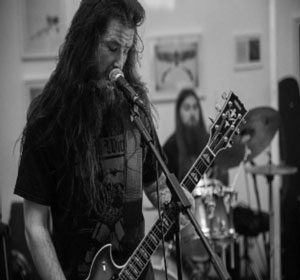 Whatever’s in the water in Milton Keynes at the moment is producing viscous duos. Seven Hundredth Unicorn are pure rock ‘n’ roll in a Winnebago Deal kick in the face kind of way. Using a sound excerpt from Mark Read biographic ‘Chopper’ adds to the brutalism on display from this highly impressive no nonsense heavy rock outfit who hammer together their influences of Black Sabbath and Mastodon to create an indestructible war machine. 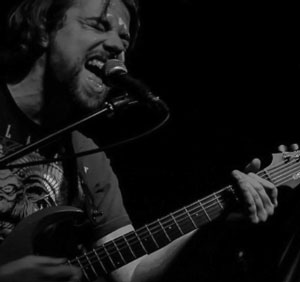 Finishing off the night with yet another lethal weapon. Everest Queen come with a high pedigree having been winners of the Metal 2 The Masses Battle of the Bands.  Possibly falling victim to the quality of what has gone before, their impact is softened and doesn’t have the same connection as the others. I describe Everest Queen’s performance as “solid”, and certainly ends what has been a brilliant night with just enough conviction.

With Luton Live/s plan expertly executed there’s nothing left to do but for everyone to drink to victory!