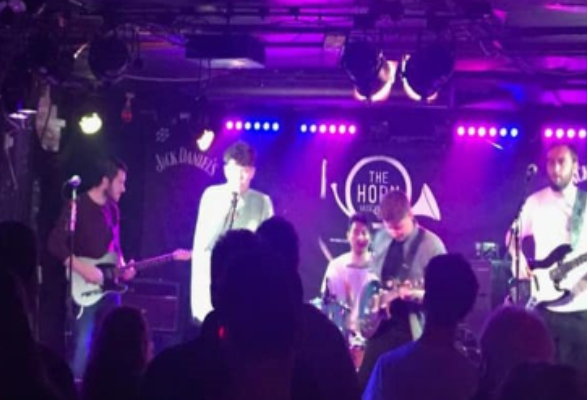 The storm hitting the northern reaches of England, flooding football pitches and threatening to cancel events, has yet to make its way down south.  So with a still calmness in the air and no fallen trees on the tracks, it’s all aboard to St. Albans for the much hyped Faers from London, plus Luton based The Palpitations. 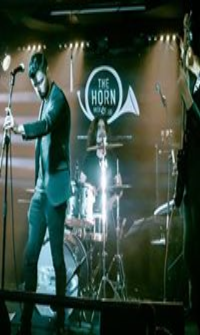 Suited and booted, a band can really look like they mean business, or failing to pull the look off, have the appearance of estate agents.  If the sharply dressed members of The Palpitations were selling a property, it would boast gothic architecture with an Art Deco interior, given the dark, angular and stylish nature of their all absorbing sound; a union between post-punk and desert-rock.  So of course I don’t need to tell you, they mean business.

Time spent working in the L&D emergency department would serve anyone a hard dose of life experience, so with two members having met and formed the band in that exact environment, it’s no wonder they play with such intensity; there’s truth in their story and it shows.  The Palpitations’ injection of Interpol mixed with a healthy dosage of Queens of the Stone Age, may just be what the doctor ordered. 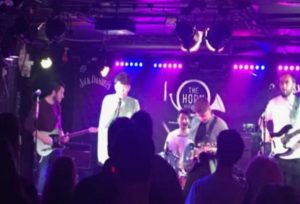 Bombay Bicycle Club’s Afro-beat influence continues to stay strong with bands also extending that love affair to Foals. Whilst Faers have more grit than many of their peers, it’s still scene music for scene sake; the indie-poppers could jump onto a tour with any high level act of their ilk and more than hold their own, but if replaced by another, who would really notice?  If Faers are to survive beyond the shelf-life of the current Topshop trend, they’ll need to paint less by numbers. The evidence from their high energy performance suggests they have the talent to do so.

At the end of the night there’s still no forecasted downpour to shelter from; the only storm clouds being those created by The Palpitations, while Faers brought a little too much sunshine, perhaps keeping some much needed thunder and lightning away.