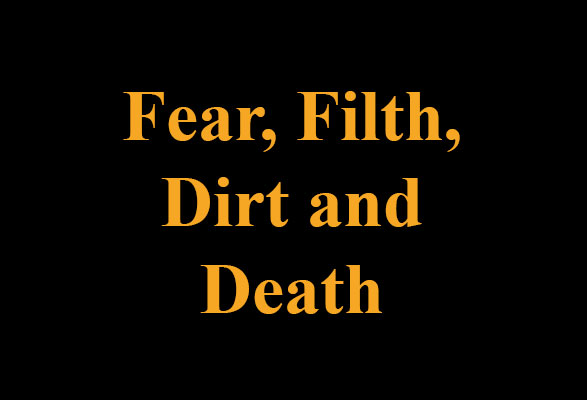 On the 18th of July, Luna Rosa released their new single ‘Fear, Filth, Dirt and Death’, the proceeds from which will go towards the victims of the Grenfell Tower disaster. We spoke to them about the reasons they wrote this song and what they hope to achieve

Your song ‘Fear, Filth, Dirt and Death’ references the Grenfell Tower disaster, now over a year past. Talk about how the fire affected you, why you wrote the song and what you thought of both the government and media reaction to the disaster.

On top of everything that’s going on in this country, it was just devastating. To think that this could’ve happened to anyone, anywhere in the country is appalling. Our heart goes out to everyone involved and we cant imagine for a second what it was like, its a true tragedy. And when you find about the corners cut and that people in power were warned against the materials used and that the materials used on the tower have a history of not being safe, it makes you feel hollow and lose faith in people to a degree. Knowing that these people that have a duty simply don’t care about others makes you feel sick.

When we say ‘Prisoners of the state’ in the song, we don’t just mean the government. We mean the whole hierarchy in this country. We didn’t expect any other reaction from Government or the Media because it’s how they continually act, pass the buck and cover it up until people forget. It’s disgraceful but it’s the truth

Aside from some Grime artists expressing their anger at the state of things, the artistic scene seems relatively quiescent in the face of government policies that result in things like the Grenfell Tower disaster. From your point of view, what do you think of the state of protest music/art at the current time and how far do you think art can help bring about positive change?

On the face of things it is very quiescent but that’s only because the media aren’t showing what’s going on in small venues up and down the country. As far as radio goes, we have two or three songs including ‘Fear, Filth, Dirt & Death‘ that no one will dare play, and I don’t think it’s because they aren’t good enough or people disagree with them it’s just because they don’t fit within the guidelines, rules or borders of the bigwigs shall we say.

All art has the power to be understood in many ways, so it has the power to spark many ideas and many movements. Its like when you play a show, if you can catch one persons attention and make them want to pick up an instrument or create something its job done. Same goes for all art, if it can inspire one person to want make a change and stand up then it can only be positive. However, I don’t think its the art that causes the change though, its the support and the change it makes in people that causes the difference.

The proceeds from the sales of your single and surrounding merch will be given to the victims of the disaster. How and where can people get hold of the song and to which charities will the money be given?

You can donate and buy the single through our bandcamp or our justgiving page www.justgiving.com/fundraising/luna-rosa-single. The proceeds are going to a charity called Family Action. They help families with many things when it comes to a crisis. Whether it be financial, housing, mental health and young carers as well as a range of other things. Also you can come down to a show and make a donation, leave your email with us and we’ll get the song over to you. We’re asking for a minimum of £1. Glad to say people having been paying well over what we have asked and we really appreciate it. The support so far has been overwhelming so thank you very much to everyone who’s got involved!