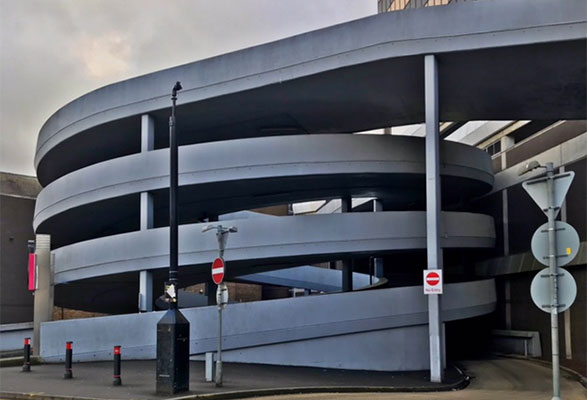 We’ve seen it all before. It feels as if the town centre’s on the brink of some heavy duty investment. The plans for the football ground and the Hat District (or Cultural Zone or whatever it is or isn’t) are inspiring; the question is, what and who are they inspiring?

I’m torn between wild optimism and world-weary shrugging. Think of it; in five years’ time, we could have a brand spanking new football ground complete with decent size music venue, and a vibrant cultural quarter. Why? Public money; yes, but also the vision and investment of private ventures which have blazed a trail and shown what might be possible. People like Justin at The Bear Club and Gary Sweet and the 2020 folks at the football. The old guard too; those people like Vinyl Revelations, The Edge, Luton Aid and Luton Live/s and the handful of pubs in the town which, despite all the odds have stayed open and – in some cases – provided space for self-expression and cultural skulduggery.

Where does the world-weary shrugging come in? A few observations and memories. First, let’s get Capital & Regional in and out, quick as we can. For those who don’t know, C&R own The Arndale (The Mall’s real name). They’ve pitted and appear to be the only real barrier to the development of Power Court and cynically object to the potential harm to the town centre. I don’t have too much to say on this, except, “you’ve had it your own way for years and don’t give a sh*t about the town past the money you bleed from it”. Oh, and “stick Feast Street up your arse you money grabbing liars”.

C&R has already caused a huge delay for the ground.

My two other reasons for caution are the fact that funding for Luton can disappear at the drop of a hat. Yes, the airport’s being developed. Good for Lutonians? More than likely. Good for the corporates and companies on the make? VERY MUCH SO. Contrast this with the town’s main railway station, where regeneration and the installation of lifts has been shelved. A disgrace; particularly when St Albans, which already has full disabled access is receiving money for a refit. An obscure example of the wealth divide maybe, but if public money has recently been stopped for a modest refurb of a public service, can we fully expect other plans to be honoured?

Then there’s the problem of what’s happened in the past. The town’s cultural life is reflected in its physical. Believe it or not, built with huge optimism, but its place as Europe’s biggest shopping centre in 1973 was quickly eclipsed and the whole venture started looking shabby from about 1975.

I would say there are parallels – tenuous, but parallels all the same – in the way culture and the arts have been promoted in the town. I write from a position of relative ignorance, but that Olly Murs gig a few years was a disaster. The Levels Festival showed how it should have been done. There are some, too, who still the rue the loss of the 33 Arts Centre (yes, a tired old refrain, but here’s an artistic community which hasn’t been replaced). Many have looked at the Hat Factory and seen so much potential unrealised. A big money refurb’s great but really; rather than go hell for leather, doesn’t it just need a bit of a clean-up and light modernisation?

Many have this suspicion, you see, that existing strengths are too easily overlooked. Luton gets a hideous press. Even it’s supposed advocates seem quite happy to throw the boot in and sometimes, in a rush to praise the new, the town’s legacy and accomplishments can be overlooked. Only this month (March 2018), a new film festival in town was rightly praised by The Luton News, who then blotted their copy book by celebrating it as the town’s ‘first ever’ festival. One in the eye for Filmstock and particularly co-founder Neil Fox, who spent many years supplementing his cinematic pursuits by writing for the, err, Luton News.

Let’s take stock and remember and celebrate. For every dredging up of the past Lorraine Chase and Cats UK, we’ve got our industrial heritage, UK Decay, our pioneering black footballers of the late 1970s and the Peace Day Riots. For every cheap shot and slur from lazy journos not worth their salt, we’ve got an inner strength and belief that whatever the appearances, we live in a vibrant town.

I want good things, more good things, for this town. Unlike C&R, who just want good cash from the townsfolk. But what if everything does to belly up?

It might, you know. We’ve been on similar paths before and there’s always the worry of a passing “make Luton a city” type campaign dragging all the money and throwing it in a bottomless pit of crappy PR, themed lanyards and brown buffets. And let’s be honest, money for the arts is hard to justify when it can’t be shown to bring in a return (I know, but these are the times we live in). And if someone comes up with a sure-fire way to improve homelessness, mental health or any other of the myriad problems Luton and the rest of the country is suffering from, there can be little argument about where the money should go.

There are, however, shoots and signs of hope. Regardless of whatever funding may or may not materialise and however successful C&R are in continuing the fleece the town for whatever it’s got, there are signs of improvement. A few new businesses around Guildford Street and High Town like Blain’s Barbers and Geek Out! have a refreshing non-corporate feel complementing the existing independent traders. We forget that under all the last decade’s cultural panic, Luton continues to benefit from its migrant populations – anyone who’s not visited the Polish supermarket on High Town Road is missing out.

Leave it to these new folk and the old hands and our culture will continue to scrape along; if the big money, big projects and new blood help build something grander, I’m all for it.