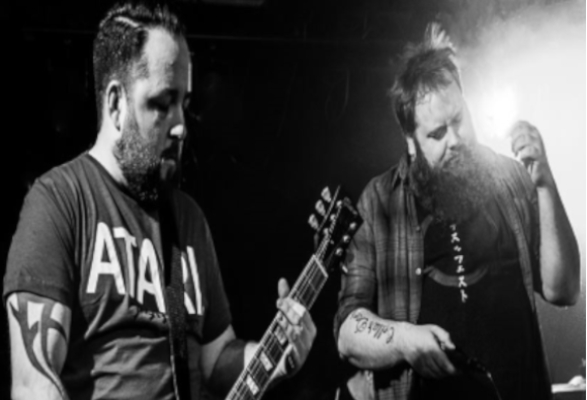 Christmas will no doubt feel an age away by now and you’ll be fully settled into 2019 going about your business because, well, life carries on after the merriment and well wishing.  Still, at least your underwear and toiletry supplies are fully replenished.  With clean pants on and smelling fantastic, please take a journey with me to Christmas past. 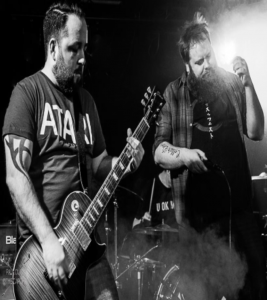 It’s the weekend before national gift giving day and Luton Live/s have the festivities started in Harvey’s with 3 local bands; one making their live debut, plus returning heroes and a third, arguably the year’s most up ‘n’ coming.

With active Lutonian bands thin on the ground, it’s great to see Action Panzer take the stage, a band with familiar faces to the scene including guitarist Martin Crowe, who duly perform a solid and confident debut epitomised by lead singer Nik Scott’s Dickinson-crooned vocals. Unleashing riffs interchanging between metal and post-hardcore, they’re a band whose aim will become truer as they grow. 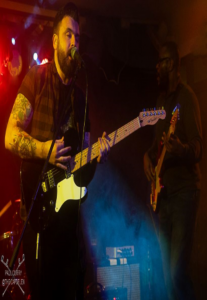 The reformed Charlie Indestructible open with a bang of musical fireworks before they gradually, frustratingly simmer out.  They have the talent, they have the presence, sadly just not the songs. Leaving an audience willing and eager to dance a merry festive dance, left scratching their heads unable to quite put a finger on what exactly is missing from the band’s emotive post-hardcore soundscape.  Within Charlie Indestructible beats the heart of a good band, but perhaps they need to shed some of the razzmatazz to get to it.

Beans-on-toast enthusiasts Ill-Informed are deserved headliners tonight.  It’s been quite a year for the band who have released acclaimed E.P ‘88’, whilst growing in number from 3 to 4, bringing the bass and further weight to Rafe Holden’s guitar chops; he is a man who likes chilli cheese on his beans after all.  With fast growing local anthems ‘Si, Yes’ and ‘Musical Statues’ to call upon, alongside new material such as the brilliant ‘Eyes’ and ‘Weapon’, Ill-Informed’s politically charged noise-assault continues to grow in stature. 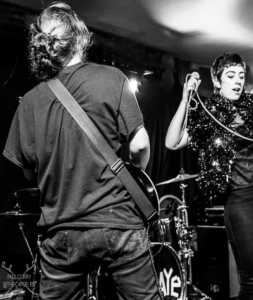 Laura Hill feels far more at home on top of a table, or speaker stack, to get her message across than on the stage, which makes for heart skipping viewing to the audience and sound-desk alike, for very different reasons.  If you’ve a taste for razor edged riffs and lyrics, and you’ve still yet to investigate their E.P or witness the band live, I recommend you get yourself informed.

Tonight was a heartwarming celebration of not only seasonal greetings, but of all the great work Luton Live/s have achieved and the platform they continue to offer talent.  Wondering where we would be without them, doesn’t bare thinking.  So I raise a glass to another successful year and more to come.