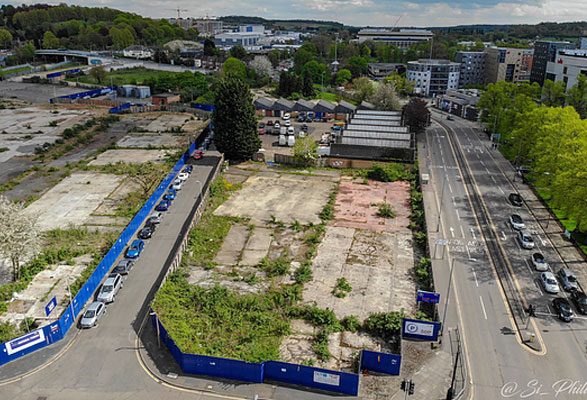 This is because a major milestone, which could have capped off this Summer of Hope, has been put on hold. With it, the wait goes on for a major 1,800-capacity music venue – similar in size to the Shepherd’s Bush Empire – cinemas, bars, restaurants, entertainment and leisure activities, a new stadium for Luton Town Football Club and so much more.

Late August promised to be the D-day for a decision, but it has been delayed by wrangles over retail. The plans are complex, but simple enough to understand. A site by junction 10 of the M1, to be called Newlands Park, will be a gateway into Luton, with many attractions. One of which is the inclusion of some high-end shops. That development will pay for Power Court in the town centre, so you and I don’t have to. No public money will be spent but everyone benefits, because the local economy gets £250million a year, and the creation of 10,000 jobs. It’s a once-in-a-lifetime opportunity and this is where you come in, if you ever want to see Luton elevated beyond an eternal ‘Crap Town’ book bashing.

The #saveourtown campaign, formed in May, by volunteers, all proud Lutonians, has been working to put a sense of pride back into our town by standing up for Luton and demanding the progress we deserve. Support is growing as the group spread the message that, Luton is great but we want regeneration, not stagnation. But, if you’ve already thrown your support behind #saveourtown, you might think what else can you do for your town?

We now know the battle to get the Luton we deserve will extend longer than hoped. They need your help to maintain their momentum of community events and initiatives that have been raising awareness of the plans and highlighting the very best of this town. Events like the launch a limited edition #saveourtown beer, in collaboration with Luton’s legendary takeaway, Chicken George and Rockhopper Brewing Company. To help, you could add to their crowdfunding target at: www.justgiving.com/crowdfunding/saveourtownluton.

To help, you could discover www.saveourtownluton.co.uk and see all the work that these generous donations have helped, then download and display posters and leaflets to show your support. You could follow #saveourtown on Facebook, Twitter, Instagram and YouTube, where you’ll find out about the growing list of supporters, like the brains behind this fanzine, Luton Live/s music promotions, pop stars, world and national champion Olympic hopefuls and other sports stars, TV and radio personalities, politicians and Lutonians like you.

But, most importantly, you can tell everyone you meet to get behind the campaign.

The power to #saveourtown is in your hands too.