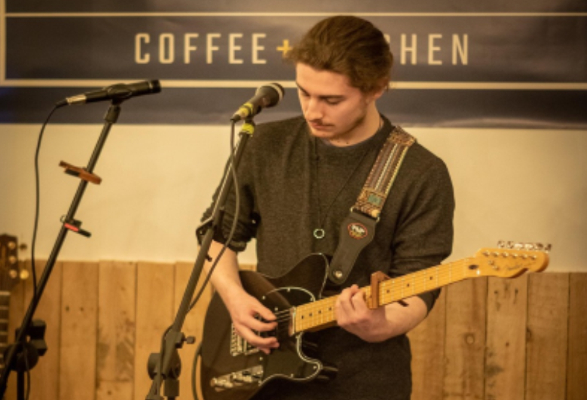 It strikes me, as I navigate St Alban’s various one-way systems looking for Waddington Coffee and Kitchen that the great cathedral city has a few too many pastel fronted coffee shops; the buggers are everywhere, but then, it is St Albans, Harpenden’s older brother and Luton’s estranged posh Aunt, twice removed, home to exorbitant house prices and the pilgrimage site for bored 13 year olds, pencils in hand, being dragged around roman ruins by frustrated history teachers terrified of losing a pupil.

I’m here at the invitation of James Bloom to witness the launch of his new E.P. and it is indeed taking place at the aforementioned venue courtesy of local promotions outfit Empty Events. The café is remarkably small but perfect for tonights gig as it lends an intimacy to the performances that, say, The Horn would have lacked. 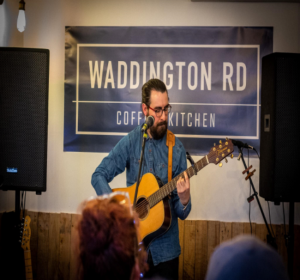 Nick Byrne opens proceedings and while I don’t wish to rain on anyone’s parade, I find him disappointing to watch. Technically good both in terms of his playing and singing (odd affected accent aside) he just doesn’t engage with me. I feel like I’ve heard it all before, particularly these days as your typical open mic acoustic artist has moved on from six minute dirges, all bar chords and trite sentiments (thank god) to a more refined but equally tepid self-centred melancholia that is perhaps reflective of the hyper individualistic social media age we live in. It’s all missed opportunities, the dreadful pain of regret, wistful glances and wintery seafronts tormented by ennui and the guy is what, early 30’s at most? To talk specifics, Nick Byrne’s songs lack any real hook throughout and the rather overlong set meanders to its inevitable close. Everyone else seemed to like it though. 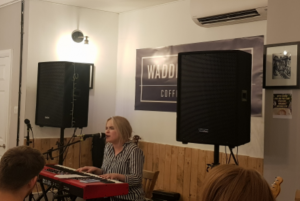 Lisa Nova is another animal altogether. A fantastic piano player, she immediately wins over the audience with her self-deprecating preamble, promising that all her songs are sad songs and that her first song, although still sad, is the happiest of the set. So far so ominous but as soon as she starts playing all doubts disappear and you realise you’re watching something special. Now, don’t worry, I haven’t forgotten that I’ve just ragged on Nick Byrne for writing ‘sad’ songs so what’s the difference here? The difference is that her songs seem to come from a real place; real feelings are expressed in a comprehensible way that evokes real emotion from the listener. Each song has a strong narrative thread, set up each time with a between song introduction and, supported by her note perfect and flamboyantly restrained piano playing and beautiful, bluesy voice (think Sia) the songs flutter by like perfect crystalline butterflies. 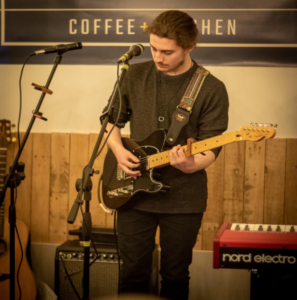 So, here’s a potential conundrum. Given what I’ve said about Nick Byrne, what if I think the same thing about James Blooms’ music? Will I have the balls to call him out in a similar way and be, well, brutally frank? Thank god, therefore, that I don’t have to do that. Sitting somewhere between the two previous artists, what separates James from Nick is hard to explain but I’ll give it a go. James Bloom also writes sad songs but his material is much more about the mood evoked than the confession confessed. His unfussy yet delicate guitar work contains an energy that pulses and reverberates and his vocals compliment rather than drive the fragile arrangements. Most songs are only two or three minutes long, giving them the lightness of a series of vignettes and the set is like witnessing a series of images, held up and then withdrawn. The new stuff, while not progressing much in terms of style from the first EP is at least as good and the highlight for me is a brand new song, ‘Solstice’, that does indeed hint at development. I am sorry I didn’t enjoy Nick Byrne more but whatever my feelings in that regard, the gig overall was a very pleasant experience and all the artists did their very best to make the night a success.