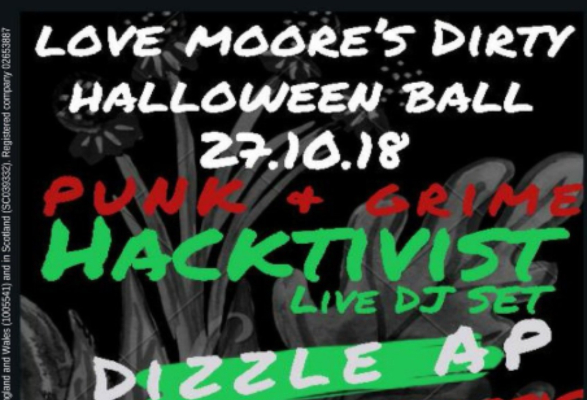 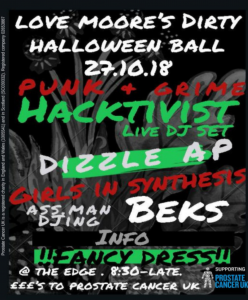 It’s the first really cold night of the year and I feel like a Victorian debt collector as I pound on the impregnable looking doors of The Edge whilst being lashed by the wind and rain. I can hear a band soundchecking inside so I try to time my blows between the silences and temper them somewhere between ‘please let me in’ and ‘help I’m being murdered’. I’m here early as I’m performing first on tonight’s lineup as ‘iseefourfingers’ my attempt at a one man band or rather my attempt to be in a band without really being in a band; there’s marginally less arguing.

My soundcheck comes around and what should be a simple matter of setting my equipment up and pressing play is stymied somewhat by the kind of inexplicable problem which rears its head from time to time when you’re gigging, namely, the ratio between the clean sound on my guitar and my distorted sound is way out of whack, far too large. This never happens; I never have to adjust the volumes between the two as I thought that was all sorted, well, a long time ago and in fact it’s something that you don’t want to be fucking around with about an hour before a gig. Is it the amp? No, seems fine. The pedal? Well, yes but it’s set up as normal. Is it the guitar? Maybe. The clean seems quiet but then how come the distortion is so loud? What the fuck is going on! It’s at times like this that a sense of foreboding or doom clouds your mind, dissipated somewhat by a cursory, internal, ‘it’ll be fine’ but never truly exorcised until the gig when the truth does out.

Suffice to say the gig is disappointing, the ratio problem is never really resolved and my voice goes a bit about halfway through due to lack of rehearsal. The crowd are not convinced and drift away by the end and my last song, which playfully evokes the plight of Sisyphus as a metaphor for the circular, repetitive nature of the working world (yes, really) just feels like a silly song about delivering shopping, which it probably is. This feeling, how to explain? It’s the kind of feeling I’ve got used to latterly; a feeling that nothing has happened, that what you have just done has left no mark whatsoever and that if that’s the case did it ever, in fact, happen? Imagine tossing a ball into an infinite void. Once it’s out of sight, did you throw it? Can you prove it? It’s an infinite void so there are no limits; you have added precisely zero to the total mass of the void so did you do anything? You thought you did; you were there but somehow it seems hollow, like nothing. Is this existential angst? I clear away my stuff. 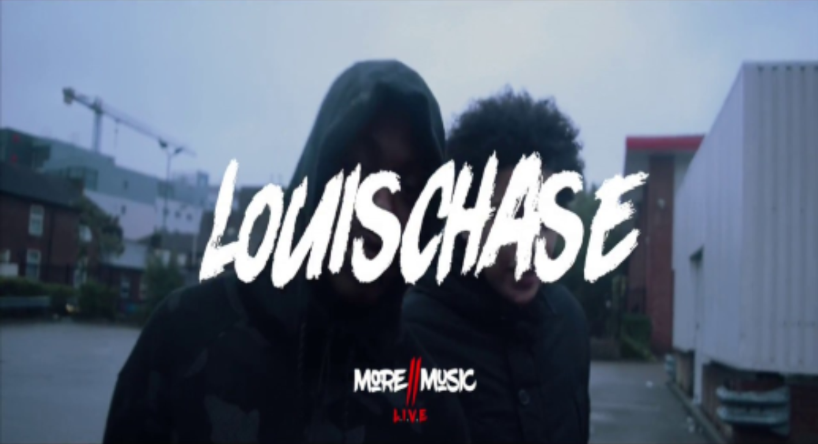 At least Love Moore are providing free beer for performers; this is tantamount to being paid so I indulge freely and find myself a post against which to lean and watch Louis Chase, the first Grime artist of a night of Punk and Grime. They/he are a revelation. I’ve never seen Grime performed live before and the sheer energy and personality of the genre blows me away and what impresses me most is the sort of communal nature of the performance. Everyone seems to be involved in some way, from the realise that this is it. I’m done. I can’t compete with this and nor do I want to. James Cunliffe was right in these pages when, reviewing Hazard he said that Grime is the new Punk. It absolutely is. Not in terms of sound, obviously, but in terms of sentiment; raw, undisciplined, urgent and now. The world has been turning while I’ve been busy and now tomorrow is today and today is yesterday and while I was studying my hands the world has moved on.

Having said all that, the next band on, nominally a punk band, blow me away as well. Girls in Synthesis are an apocalyptic wall of sound and fury and are fucking fantastic. A three piece, they fill the room with an almost tangible aura of vicious chaos. They start their set in a cloud of noise and it’s foot to the floor for a full half an hour with only the last song being announced in any way. The bassist and guitarist are almost constantly mobile and The Edge’s small size lends itself greatly to the claustrophobic feeling of the performance, as if every corner is full of their dripping, humid noise. As an audience member you feel like you’re in a pressure cooker, full of discordant shrieking, slap echoes vocals and relentless drums. If this sounds like awful chaos to you, then stick to your Tom Grennans but if you want to see music played that has knives in it, that pounds like a muggers heart, then go check these guys out.

Unfortunately I had to go at this point. It was midnight and I had to get my equipment home before all those free beers meant I forgot all about my stuff and really went to town. There were more Grime artists coming up and a DJ set by Hacktivist that I sorely missed however I’d like to compliment Love Moore for putting a night like this on. Luton needs more of this sort of thing put on in the town centre. A night of eclectic music with some classy out of town bands mixed with local talent that represents a different option to the usual fair, vital though that is. The Edge is an excellent venue for this kind of night and hopefully Love Moore can build on the success of these nights and make The Edge a recognised venue for great live music.