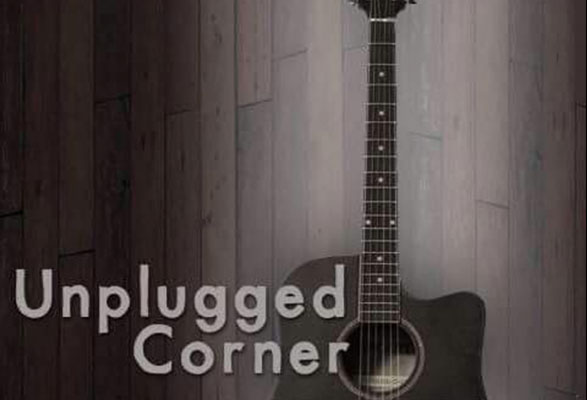 I’m missing my radio show to attend this gig (humblebrag), but it’s gonna be worth it. I can’t remember whether the excuse I used was coming here or something vaguer; probably the latter. I get out my standard journalists kit.

2) Quite recently received and unopened A5 letter, probably a bill. 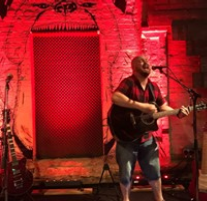 First up it’s Dan Thomas who I instantly sympathise with as it’s roasting hot in The Bear Club tonight and he looks like a man who is gonna sweat a lot. You can read a review of Dan’s music elsewhere in these pages to get a flavour of what his studio recorded stuff sounds like, but live he is very good while also being quite forgettable. His voice is strong, direct and powerful and the playing is fine, but the songwriting, for me, was too formulaic. Too many predictable chord changes and too many familiar themes render the overall experience somewhat dull. The highlight is a song written about the loss of a child, presumably auto-biographical, which transcends the ordinary background with the weight of its subject matter, rendering the above complaints obsolete. 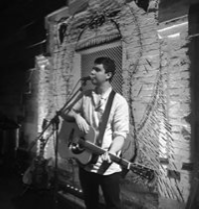 Next up is Aiden Dale who I’ve seen before. He has an inherent melancholy to his voice which I’ve always liked and this, combined with his gifted and innate songwriting abilities, makes him an engaging performer for the most part. If anything he suffers tonight from being on stage too long, his current material, covers notwithstanding, being too weak overall to fill the allotted half hour. However, for 75% of his set he plays interesting and well-constructed songs, coming over as sort of English Michael Stipe, with the lilt of mid period Elliott Smith as backing. His best song is called ‘Primitive Roast’ which proves its quality by having a chorus so memorable it can be instantly recalled over a month later as I write this review. A minor classic.

James Bloom is our penultimate act and I’ve been very impressed by him in the past as an attendee at Unplugged Corners’ gigs at The Topers where I’ve seen him perform at least a couple of times. He usually plays live with his friend and cohort Chris Harnett who is one those guys who can probably play about eight instruments; really well. Tonight he’s joined, additionally, by Tasha Alice on piano and a super-group vibe is what I’m feeling right now. However, maybe due to nerves or the sound on stage the overall performance, as a trio, is a little disjointed and opaque with the piano certainly not utilised to its full potential in the arrangements and a certain lack of confidence in the vocals spoiling what could have been entrancing. This improves with the guitar based tracks and James’s vocals begin to build in confidence and claim authority over the songs. Overall it is really good and I feel like I’m quibbling about the arrangements on the earlier songs, but I was hoping for magic and it didn’t occur. 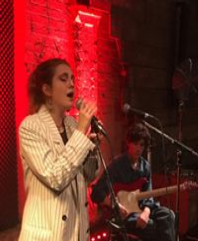 In the headline slot is Lucy Mair (pronounced ‘Myer’) who is joined by some ‘other town’s Chris Harnett’ on guitar and, when required, bass. Like the last Unplugged Corner gig at The Bear, they’ve saved the best for last and, like Minnie Birch the time before, Lucy Mair is a captivating final act. Using a loop pedal to build up wonderfully textured harmonic interchanges or leading from behind the piano, she commands the stage by virtue of her obvious competence and her songbirds joy of a voice. Oh and the sublimely jazzy songs are pretty good as well showing, in this live setting, a real restraint and tact in their arrangements, skilfully utilising silence to let the vocals soar until they are urged on again, so subtly, by the guitar or piano. The crowd and I are transfixed and this is the act about which I wrote least on my grimy travel stained envelope, because the quality just flows over you rendering criticism silly and superficial. Better to just sit back and enjoy.

‘Out? –  Last night?  – Oh ya, I was at the Bear Club watching a bit of acoustic music put on by some friends of mine  –  Good? Oh, amazing, ya. You know it’s fantastic that we have somewhere like the Bear Club here in Luton. Amazing place really, I think that on every occasion I go…  –  What?  –  Oh, often, you know; as often as I can really, but what with doing the local fanzine, being in my own band and doing a radio show it’s sometimes hard to find the time…  – What?  –  Well one does what one can, you know…  –  Anyway, must go I’ve got to be up at 5 to deliver the towns post.  –  Ok  –  Chiao.