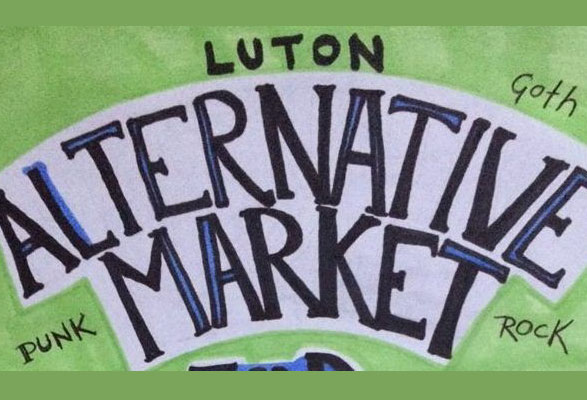 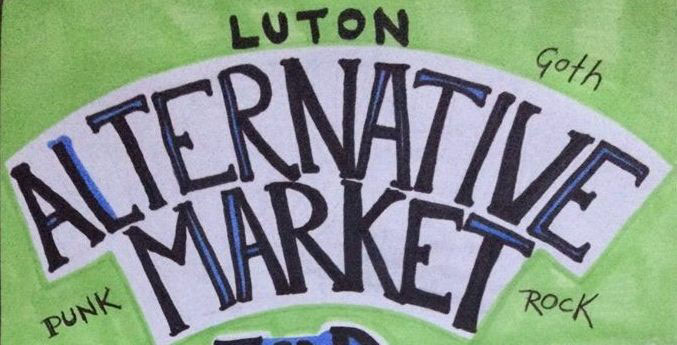 For a while, in September it seemed that the Alternative Market would be no more, killed off by the heavy-handed tactics of the local council. Petitions were started, alternative ideas were explored and the issue even ended up on the front page of the Herald and Post. So, what happened and what is the situation as we go to press? We asked Lucy Luton, the founder of the market to explain.

I started the market last December after visiting some similar ones in Welwyn and Northampton – it’s been a bit of a movement (I think the first ones were the Alternative Bring and Buy Sale in north London or maybe the bizarre bazaar at Whitby goth festival). It didn’t really occur to me that it might need licensing – none of the other organisers had licences and I saw plenty of jumble sales in Luton that weren’t licensed. However as it grew, thanks to Eric Hsu in The George generously hosting us for free, we got bolder and started to advertise on social media, and the stalls crept out from the George into the sun on Bute St to engage with passers-by. I did ask Luton Culture if they’d let us use one of their spaces around the area but they could only offer us one Sunday afternoon in the Hat Factory Courtyard, which wasn’t a success as they charged 90 quid but only let us put 6 stalls there, it was freezing and there was no music allowed etc.

I asked about the other hat district buildings, including Storefront and Youthscape, but they were either unavailable or hundreds of pounds. I’ve been committed to keeping the market free or very cheap for stallholders as they don’t make much for their work – often people might only sell a few things. After our 9th event we put pictures on Instagram of our happy stall holders and the head of licensing contacted me to point out that having stalls in the street and calling ourselves a market meant that we needed a license. He asked me to write a paper for the Council to consider and eventually came up with a compromise which was to allow us 10 stalls at £6.60 each.

Unfortunately, the Council is quite slow, and in the meantime, Sophie had set up a petition and the local paper got interested. There was a rumour that the Mall had complained about us- I’m not sure where that came from – it is not true to my knowledge. In fact, the indoor market did contact me to ask if we wanted to have an event there, but I was waiting to see what the Council would come up with before I replied.

In the end, we decided to run a couple of “not a market” events (Sophie and Jon organised them with an “alternative meerkat” logo as a cheeky pun on “market”) while we sort out the paperwork and we’ll be back on the last Sunday of November with our license. It will be a lot of extra paperwork (a form for each stall and I have to complete the paperwork and collect the money and subsidise the people who won’t be able to afford it) but I am grateful that the Council made the effort to negotiate and came up with an affordable alternative to the 33 quid a day traders license. I’ve been a bit sore so haven’t plunged into the admin yet but am looking forward to a long-lived, responsible alt market.