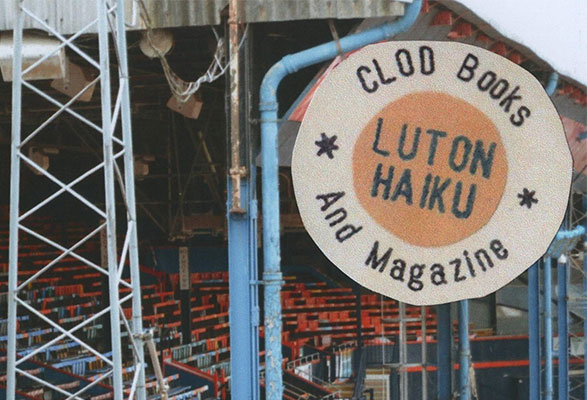 This is a guide to Luton’s music and arts. And a very good guide it is too. Art and music, however, doesn’t just ‘appear from the ether’. The town’s cultural DNA is made up of and influences the grouchy-cum-wonderful Luton spirit, and is informed by movements of people. And the interactions between them over the years.

A is for affluent workers. Not the liveliest start, but please, stick with us. Believe it or not, Luton used to be considered an up and coming town. My gran, Belle, described seeing Luton for the first time when she and Sid (my grandad) moved from Wolverhampton in the 1930s. She told me, with a far away look in her eyes, how clean and wonderful the town was. And as read-up sociologists will recall, The Affluent Worker Study, conducted by Goldthorpe and Lockwood, looked at workers at Vauxhall, Laporte and Skefco and, well, noted their affluence.

B is for The Beatles, who played Luton thrice (once in the since demolished Majestic on Mill St, once in the COGIC Church in Bury Park, when it was The Odeon and once at The Ritz on Gordon St). Ringo’s gang never cut their teeth in Dunstable, which is strange, given that between them, the Cali and Queensway boast a blistering list of acts from the 1960s to 70s to 80s. Everyone from Hendrix to Blondie to The Jam to REM to Saxon graced Dunny’s boards, while ignoring Luton. The preference for playing Luton rather than Dunstable was more recently picked up by Thrilled Skinny, the late 1980s band featuring the author among its undisciplined players. We were lucky enough to play the 5-0, the 33, the Railwaymens Club and somewhere called Hemingways, and maybe other Luton venues besides, but only once made it to Dunny, where the plugs were pulled, halfway through our set at The Wheatsheaf. Odd that this is the only venue mentioned which is still going….

C is for Castle. The Castle, for most leafing through these pages is our own beloved rock hangout on Market Hill. Castle St itself was named after one of Luton’s three castles (if you count Someries, which many purists disparage as little more than a ‘manor house with battlements)’. There were, however, two short lived motte and bailey castles in town; one near St Mary’s and the aforementioned Castle St fortification, which stood for a brave 14 years or so in the twelfth century where Matalan is now.

D is for Danelaw. When the Vikings sacked, raped and pillaged their way down the east coast of England, they not only paved the way for Danish Bacon, Lars Elstrup (see ‘G’) and Sandi Toksvig, but also caused a stink for the Saxons who had been getting on quite well enough, thank you very much, without their excitable Nordic chums. The Viking advance was halted at Wauluds Bank. Or Marsh Farm in new money. Such gems around Luton’s history – which, incidentally, is significantly longer than St Flippin’ Albans – are recorded though rarely celebrated. 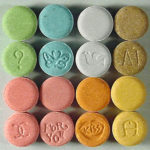 E is for Exodus. As in second book of The Bible, and also the Collective, whose parties and raves started around Luton and Dunstable in the early 1990s. The dance culture faded without ever disappearing, though the story of Exodus is one of a dedication and commitment to improving the lot of the ‘bored’ and ‘skint’ on estates like Marsh Farm, which received particular focus, both from the Collective and the media following the 1995 riots. The Collective’s efforts to improve the lot rather than sensationalise the frustrations of normal people carried on until apparent infighting and fragmentation led it to dissolve in the early 2000s.

F is for ‘film location’. Luton Hoo takes most of the heat and has been used in some high profile movies, including A Shot in the Dark, the second Pink Panther film and – for anyone who knows their onions – one of the best films ever. Other films shot in the Hoo include Four Weddings and a Funeral, Never Say Never Again and more Dickens adaptations than is sensible. A very different Luton played a role in the Bronson biopic, High Town was used for period authenticity in Color Me Kubrick and a car chase scene in The Fourth Protocol was shot along Park St.

G is for Graham French. Lars Elstrup may steal the coveted ‘fruitcake exhibitionist ex-Luton Town player’ having flashed his man bits to the good people of Denmark, although 60s/70s playmaker French pips him for having led a colourful career. French came to Luton in 1965, having burned bridges with excessive drinking, gambling and partying, and not much football at Shrewsbury, Swindon and Watford. At Luton, French scored what many consider the Town’s best ever goal in 1968. Success on the pitch didn’t curb excess off it, as French often started matches with a hangover and stories circulate about team members crowding round the drunk-from-the-night-before winger on matchdays, so he could get the train without manager Alec Stock able to see the state he was in. French was jailed for three years following a pub shooting and drifted out of the game

H is for home. Where the heart is and where, natch, ‘Vandalism Begins’. Luton’s home to around 215,000 people with a fantastically diverse set of pedigrees and to some surprisingly unfeted, understated attractions (including the Mossman Collection and Victorian gardens at Stockwood, and Wardown Museum). The town’s home to Luton Town FC, which over the years, has given supporters the kind of highs and lows supporters of more corporate clubs can only dream about. For those outside Luton, we’re better known, rather perplexingly, as the home of extremism. Which is a shame, both in regards of the few politically deranged folk connected to the town, and their hugely disproportionate skewing of Luton’s image. 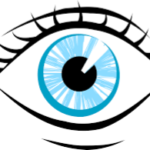 I is for Irons. Charlie Irons. In his day (the early 20th century), infamous Town Crier, bill-poster and dog impounder. Charlie used to live in Ebenezer, on the Hartley Road side at the bottom of Hitchin Road, but kept his dog pound out towards where The WIndmill on Gypsy Lane is today. Irons barked news stories in a manner which excited the attention of urchins who followed and lightly ridiculed him. Another louder teller of more prosaic, poetic stories was another I – Ian Dury – who worked as an Art Lecturer at the Luton College of Technology for a couple of years, leaving at about the same time as The Yardbirds played their last gig (see Y).

Next issue, we move onto the tenth letter of the alphabet. J. The most jocular; the most jubilant. Also the most jagged and jittery. Jay is a flash looking, retiring member of the crow family. Also J Mascis, out of T Rex (anyone seen my fact checker?). Or the first letter of big hatter floppy groove fellow, Jamiiroquai, who if memory serves, lived fairly local. But what will the Luton connection be? Surely not jazz…….