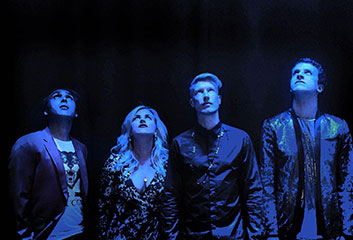 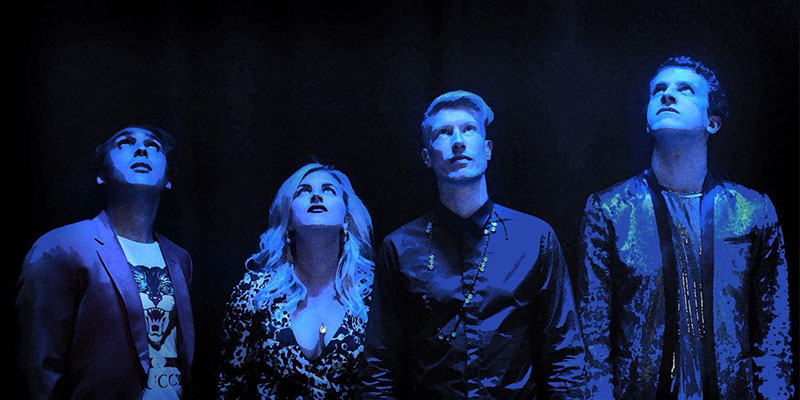 “What does International Women’s day mean to me? Everything. Today is not about the segregation of the sexes. It’s not a day of patronising. It’s a day of love, respect and acceptance.”

I can’t think of a better way of starting this review than quoting Luton Live/s’ Jessie Lawlor on the subject of International Womens Day. A simple act of imagination on the part any given man might summon up a hint of what it must be like to be harassed and groped at gigs and, furthermore, for this to be considered normal. It’s not normal. Stop it!

Anyway, on with the bands

Wild Card are a raucous 5 piece from Guildford and before they start I worry a little that they will be a bit middle of the road for my tastes, but I’m soon proved wrong. They play a very well-paced set and are quality throughout. The songs are big beasts and the band achieve an excellent mix of the heavy and the melodic, expertly melding the two in a Radioheadynirvanaishroyalbloody sort of way (I need to update and expand my cultural signifiers), whilst being unafraid to strip everything back when required. They’ve got a new single out right now, so go check them out.

I am Aquitane are a very different prospect and, once again, I worry that, given the previous bands bombastic exactitudes, I am Aquitanes far more restrained style will pale somewhat in comparison. Once again, I am proved wrong. What occurs is actually kind of magical. Note perfect throughout, the bands brand of soul infused standard rock is captivating, with Elle Roberts flawlessly judged vocals and Alan Richardsons fluidic guitar being of particular note. The overall atmosphere is one where music is allowed to take its time, for its own sake. The songs don’t slap you in the face, they steal their way in instead.

Drones are a band I’m looking forward to seeing and, even though I’ve not heard their stuff yet, I’m confident they’ll be right up my street. They look like the kind of grungy rockers I like and this time I’m not worried in the least. Hmmm…

It’s not that Drones are a bad band, far from it, but they happen to play probably my least favourite type of rock music, namely a species of American pop-punk. I’m reliably informed that they sound like early AFI or Billy Talent, but all I hear is Busted. That’s a thoroughly unfair comparison by the way, they’re a much more substantial band than that both in terms of their authenticity and their message and it’s a shame singer Lois McDougall’s attempts at expanding upon their political message are reliably drowned out by the guitarist, every time she tries to talk. Please don’t let me put you off checking them out. They were tight, made all the right moves and put on a good show, it just wasn’t for me.

It’s a credit to Luton Live/s growing expertise that they can attract and promote a trio of bands of this quality and then put them on a bill that, for the music lover, had a bit of everything. Well done you.