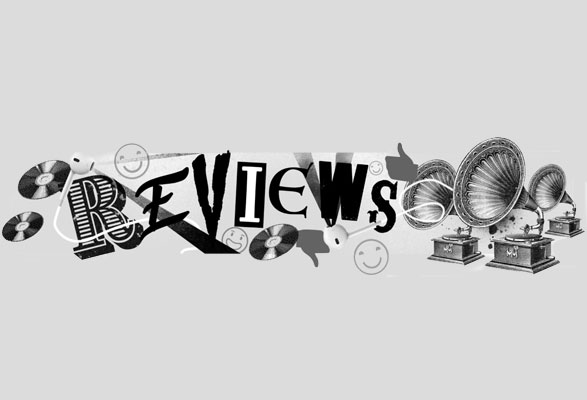 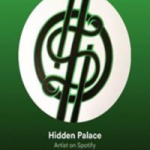 I’m not normally a fan of things from Watford (COYHatters!) but I’ll make an exception for Hidden Palace. Technically great with catchy melodies that really brought the emo love out in this old metal head. The musicianship from this 4-piece is top notch – they sight themselves as math-rock and their time signatures and song writing skills reflect that. Sounding like an early Funeral For A Friend with hints of Citizen thrown in, Hidden Palace have a bright future ahead of them. Production is spot on, it really suits their sound and if they can write more songs of the quality of ‘Five a Day’ and ‘Ocean’ then you’ll be seeing a lot more of these guys. 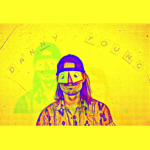 The axe wielding half of Dois Padres becomes Um, on solo single ‘Dayum’ taken from Danny Young’s self-titled debut album.  With a groove slicker than a lick from a Stones record in the 70’s, this track lurches between funklike ‘n’ dreamlike.  It’s a little tease of a tune which never quite settles on what it wants to be, although somewhere near Mac DeMarco I’m sensing it would find happiness. 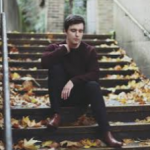 Sometimes it is curiously difficult to say a lot about things you like. There’s something about the friction created by even mild frustration that lends creative juice to any critique. Suffice to say, this may be a short review. I’ve seen Aidan Dale play live as a solo acoustic act a number of times and his songs had already caught my ear but here, with a full, lush band behind him, the songs bloom and softly explode. Each song here is a delight; well-structured, imaginative and tinged with the razor edged delicacy that made Elliott Smith so engaging and so sadly missed. There’s always been a gap in my life since Smith died and no doubt I’ve subconsciously sought out something to replace that loss ever since. This record goes some way towards filling that hole. 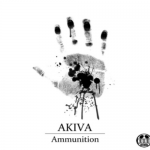 The world’s in turmoil, you know? So, if you “pay attention, pay attention” as frontman Dave MacKenzie implores, they’ll have the curse of globalism sussed in about three minutes. To rail against the current cuntfest in charge is a noble deed, but while others – like Luton’s Ill-Informed – are tooling up for the Hunger Games of an impending economic nuclear winter, Ammunition has assessed the danger level at little more than a synth-laden Kum-Ba-Yah sit-down protest. They’ve been watching the news, all right, and gathered a sense that things aren’t quite right with the world. “It’s complicated” and “get ready for action,” warns MacKenzie.

You could take this to mean that, once the self-immolating Brexit-driven medicine and food shortages have decimated your domicile, prepare to fight to the death with curtain-twitching Carole from two doors down, for the last remaining mouldy turkey twizzler. You could take it to mean that, but there are no further instructions. Akiva have poured their bullets into an electro-rock scattergun, only to find the trigger jammed in the early noughties. A dictionary rage rock opera, that’s Ammunition, which is less a full-blooded roar of defiance, and slightly closer to, “more tea vicar?”

But, hey, it has a cool video.

Dan Thomas – Crawling on the Floor 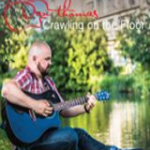 The music snob inside me really wants to be mean about this record. I could mention the corny lyrics (stage/cage/page) or go into detail about why I hate major chord changes and the sound they make as they drop into place, or I could criticise the largely by-the-numbers songwriting but, and you knew there’d be a ‘but’, I’m not going to do that even though I just did.

Because the truth is this is a perfectly good record, it’s just not for me. Dan Thomas has a good voice which gains a genuine pathos in its higher registers. The songwriting is, a few missteps aside, economic enough that the songs don’t outstay their welcome and the production and arrangements for this full band recording are first class. ‘Crawling on the floor’, the second track, has a lovely countrified melancholy and is the highlight; the poignant ‘Hold the Wolves’ has a nice circular folky lilt and just about gets away with the inevitable bombastic section towards the end and each song is entirely pleasant to listen to. Imagine a slightly faded Beautiful South without the lyrical smarts.

As with the live review elsewhere in this fanzine, special mention must be made of the last proper track on the record (there are two ’bonus’ tracks that I won’t review here) which is  a song about the loss of a child, presumably Mr Thomas’s and a track that stands starkly separate, once you divine what it is about. I’d even go so far as to suggest it’s out of place here, surrounded as it is by pretty formulaic love songs. It’s the difference between stubbing your toe and losing your leg and the sudden intrusion of something so singularly traumatic sits rather oddly beside a song called ‘You Make Lovin’ Easy’. ‘An event that would permanently darken a life’ is how Orwell put it and while it is admirable that Dan Thomas was brave enough to write and record a song about such a tragic event, I’m not sure it belongs with this collection of songs. 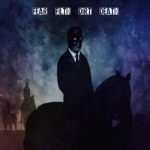 The Grenfell Tower disaster was an event that, in normal times, would have brought down the current Conservative government. It exemplified the selfish greed so beloved of rational choice theorists and was the predictable outcomes of that ideology. People die, homes are lost, lives are destroyed. This song is about those predictable outcomes and I am fully behind the sentiments expressed in the direct and to the point lyrics. Musically the song is appropriately muscular and aggressive, a lo-fi fuzz rock infused slap in the face reminiscent of early Manics and, on further listening, a really inventive and intelligently put together song. I like it a lot and would recommend you check it out and, if you like it, buy it, as all proceeds will go towards the victims of the disaster, who still wait anxiously for justice. 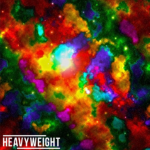 Big anthem coming from these three guys from Hertford. Heavyweight is one of those catchy chorus songs that just gets stuck in your head for days. I found myself coming back to it to get it out of my head but then it just pops back in. It’s good catchy though, not one of those songs you want to puncture your own ear drums. I’m struggling to pigeon hole who they sound like, which is a good thing. Musicianship is faultless, sick bass tone, drummer keeps the song moving with some interesting grooves and the vocals really work. My only gripe, apart from the weird band name, was the annoying loud hi-hat cutting through the mix in parts. Keep on eye out for these young lads, they have some true potential!

The Vaulted Skies – Does anyone else feel (strange)? 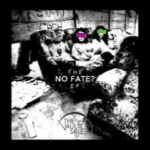 “Does anyone else feel (strange)?” asks The Vaulted Skies singer, James Scott. Not half, mate. I’m in an alternative reality, me, against my will in a dystopian idiocracy. It’s the March of the Morons and the Dulluminati all think we live on a disk world, apparently. Pythagoras clocked us standing on a spinning space sphere back when the Ancient Greeks were happily Aristotling each other out of the Homeric Age. But never mind that, because Twitter timelines are teeming with the tin-foil-hat-twat Twitter dribble of the Flat Earth Society and their acolytes’ demented, acid-addled amoeba’s grasp of gravity. Batshit crazy, but then you’re forced to confront the post-Partridge fact that Donald Trump has discussed prison reform in the Oval Office with professional derriere, Kim Kardashian. Hell in a fucking handcart as he announces, daily, his latest load of mad old bollocks.

Music, then, surely has to be totally bonkers to out-looney tunes that clown parade. So, techno-thumped Gregorian monk moan eclecticism it is, courtesy of The Vaulted Skies. But ‘Does Anyone Feel (Strange)?’ quickly morphs into a bass-barrelling goth-disco oxymoron and, while that still carries elements of effervescence, an unnecessary instrumental reprise falls so flat that somewhere a brain cell drops dead.

Korsunnuz – Half Life / Everyday Is the Day 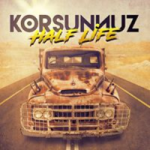 It’s hard to do decent rock. Luckily, Korsunnuz have it down. Sounding like good-era QOTSA / desert rock vibe, Korsunnuz bring their wealth of previous experience to give you a soundtrack to summer. The production sounds great and their playing is solid – good ol’ fashioned song writing skills make these two songs shine. They’re not ripping up any rule books by any means and I would like to see them push some boundaries as they have the capabilities. Riffs galore, tight rhythm section and a vocalist who can belt out a tune – it’s a great formula to have and I’m looking forward to hearing a full album. #morecowbell 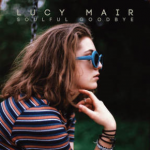 Picked up at the same gig as the Dan Thomas CD reviewed elsewhere in these pages, this set of songs is a far more accomplished and mature recording. It opens with an introductory instrumental that sets the tone very well before ‘Midnight Car Ride’, the first track proper, segues smoothly in. You are struck immediately by the extraordinary sweetness of Mairs voice which is both playful and possessed of enough weight to compliment the jazzy bluesy backing delicately picked out by what are clearly a set of skilled musicians. ‘Oh Love’ is a beautiful and evocative track, all diminished piano chords, restrained arrangement and carefully submerged harmonies. The outstanding feature once again is Mairs voice which displays an admirable accuracy, subtlety and range. ‘Soulful Goodbye’ is a very competent pop song, surely a future single, with a supremely catchy hook in the chorus and some lovely busy brasswork parping and crescendoing throughout and, well, apart from an acoustic version of ‘Soulful Goodbye, that’s it.

And that’s really my only complaint. This release feels like an album that’s been cut off at the knees. It draws you in then suddenly leaves you alone and desolate with an acoustic version of the song you’ve just heard. Maybe this is all Lucy Mair had when the time came to record but, as an experience in itself, this CD actually manages to disappoint. More please.