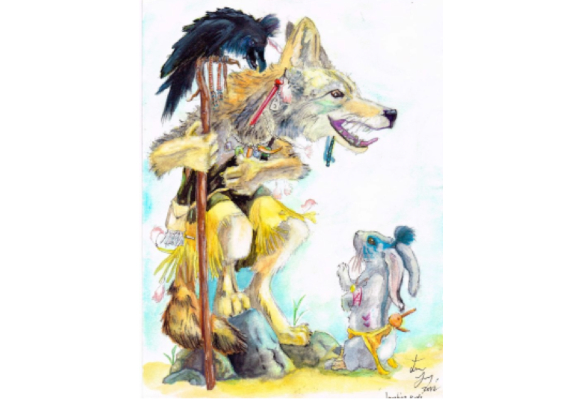 an evening botanist, sat night after night.
typing out a secret garden, digitally designed
a psychologist so-inclined told her, once, for recovery
we create narratives as ways of making sense of things.
and maybe the best germinate slowly like this,
flowering from fits and bellyaches and feeling worthless
they praised her for sharing real talk when she purged sordid truth
funny. this was meant to be a turning point, but it’s elusive
fraught with filopodia, the guide posts kept moving
sequestered and stalked by an internal judas
turncoat trickster who coats her in gloom.
comes to her room without knocking.
knocks her down and spins her in circles.
likes her shame-filled and submissive, a string reliant flesh puppet
falling down the path she made/fooled that love only makes it worse
crushed by the curse of cursive and bested by the bondage of words
she liked nothing more than to nurture the leaves of her unhappiness,
gently, in immaculate but incoherent hand;
doesn’t feel special for being sad, but seemingly, it’s all she ever had
so separated herself into halves and spliced them together
in precious piece meal ballads which all sound the fucking same.
that darkest soil is parted and spread. again and again, in ritual humiliation
word salad bred a nonsense flower, in colours which differed, hour by hour
she cradled a curious changeling; side effect of soporific fever dreams.
the contorted face of cowardice nestled close against her skin
it cries out for an end to this, dosed on the milk of her misery
not knowing what to say, they claim that she has a good heart.
it’s hard to believe these adjectives, all carefully handpicked
softly spun terms like sweet and shy and sensitive,
buds on the bare branches of unspecified deficits
the wrongness which weighs heavy on her chest
brimming over with ignorance, her very essence
excessive effervescence escaping through tear ducts
in mourning for those missed chances to grow up
compulsively baring her soul in excruciating exposure
hiding indoors and cutting out those who know her most
tomorrow’s her welcomes a selfish master;
one self proclaimed miserable cow who tiptoes on egg shells
sells self destruction as stoicism and struggles to swim in the thick of it
a sea of scribbled circle flowers; deliberate wavering of an upset balance
until all that’s left is baby’s breath, dried and pressed in these pages
those daisy chains she makes looped tighter around her wrists
head just above water, on the brink of giving up.
bathtub sinking and falling to the bubbles
wanting only for silence and mermaids.
blooming sideways, a never-ending child
which doesn’t even bother to survive
one goody goody gumdrops couldn’t hold on til her guts stopped
from the inside out, willingly rotted and fed herself to the moths in her closet,
this adrenaline addled apple blossom tastes like candy, cloying to the core.
an obsessive with aimless energy sought to tear herself to pieces.
saved by her own incompetence. a case of dramatic irony.
deep down,  unsure she wants to leave this legacy
let the lethargy spread a trail of grief seeds
instead chooses to end the story differently
for those who treasured her, despite all reason.
tentatively inquired, when she’d write something nice
at the end of the night, added an abstract afterthought-
arms outstretched, her flowers placed above their heads
petals crystalline; primitive, perished and pearl like.
as we are; mending, cherished and still alive.