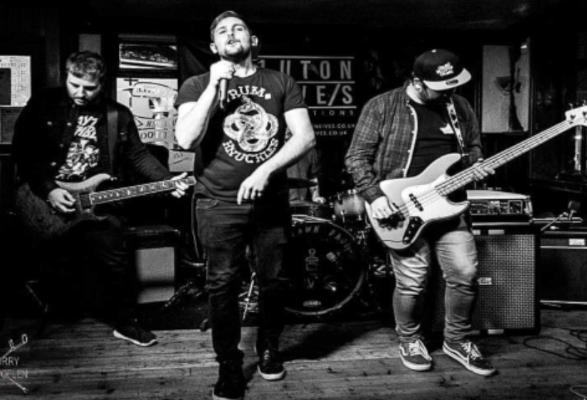 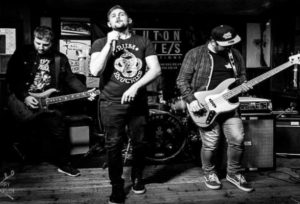 It’s not everyday two angry, burly men in trunks storm the stage for a dust-up during a band’s set.  Then this is no ordinary day.  Tonight Luton Live/s return to the coliseum in which Castlefest was victor, to present yet more heavy rock action along with wrestling mayhem courtesy of UBW.

Indulging far and above in the mid-Atlantic spirit of the occasion, Between The Lines soundtrack the onstage brawl.  Although from Bedfordshire, the band’s love affair with US pop-punk obscures their identity, much like masked wrestler Rey Mysterio once hid his.  Or Kendo Nagasaki for the more mature reader.  Unlike these wrestling greats however, it raises neither their mystique or showmanship. 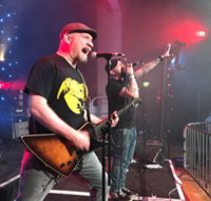 Speaking of headwear, with all members sporting flat caps, Parallax hit harder than a knuckleduster from Peaky Blinders.  An alleyway brawl between Rage Against The Machine and Tool, Parallax are just the fix to get everyone in the mood for a ladder match.  A match in which the “white Mr Motivator” Percy Trainer defeats crowd favourite CJ Carter, along with rightful champ Rhobbie Bhoy to retain the belt. 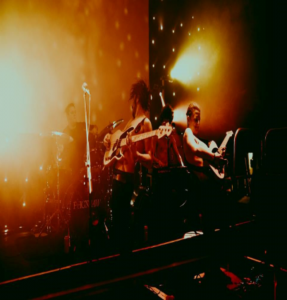 Time for the main event! Distorted reverb of biblical proportions cyclones through the Carnival Arts Centre, then Phoxjaw cut through their own waves of sound like guitar Samurais.  Imagine taking Reuben to the top of a mountain and battling Thor in a lightning duel, then you’re somewhere close to the electricity they create.  This band from Bristol are undoubtedly set for a huge 2019 and I urge those who enjoy their post-hardcore sprinkled with post-rock epic dust to investigate their EP ‘Goodbye Dinosaur’, and if that description means nothing to you, look it up anyway. What have you got to lose?