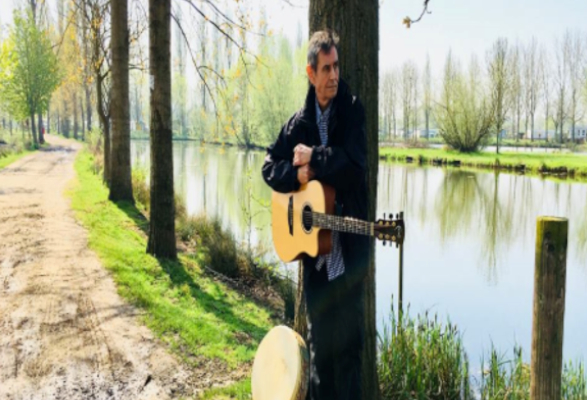 Some good 25 years ago Poison The Poteen were winning over audiences across the country and Europe-wide with their brand of Celtic folk-rock.  Revered in Luton, they would often pack out venues in the town, while their loyal fanbase dubbed “The Luton Loonies” would passionately follow the band on their travels, such was the high regard for the writing talents of Christy Strong and his band of merry men from Northampton. To the delight of many, Poison The Poteen have reformed and have of course returned to their old stomping ground of Luton Town. 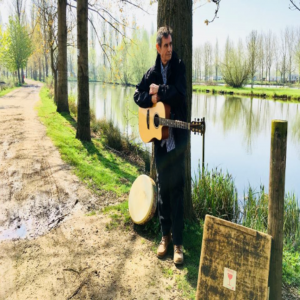 With the size constraints of the narrow Bailie in mind, there is no drummer accompanying the band tonight, but that doesn’t stop the 3 musicians from raising the roof with their tools at hand of acoustic guitar, bass and simply world-class mandolin playing.  Christy Strong’s star-quality beams out, showing why this golden voiced singer-songwriter once kept company with folk legend Christy Moore.  Throwing in Irish classics for good measure, Poison The Poteen have the whole pub singing to old favourites like ‘Dirty Ol’ Town’, but it’s their own compositions that steal the show, incredibly just as familiar to the crowd as the “folk hits collection”.

Christy Strong is clearly a songwriter of the highest order, with each of his own lost classics having its own story to tell; ‘Plastic Paddy’ the reaction to the taunts Christy received while growing up regarding his Irish roots, a heritage he is extremely proud of; while the absolutely barn storming single ‘Demons & Dragons’ recalls the busy, fume filled journey to ‘n’ from London in his working youth. The crowd of adoring fans lap up every word, rekindling their memories of this special band while now making new ones to cherish.

Poison The Poteen’s return is an undoubted triumph, and whilst a joy for those who perhaps believed they would not again witness their favourite folk band in action, it is also a blessing that those too young can see what the fuss was all about.