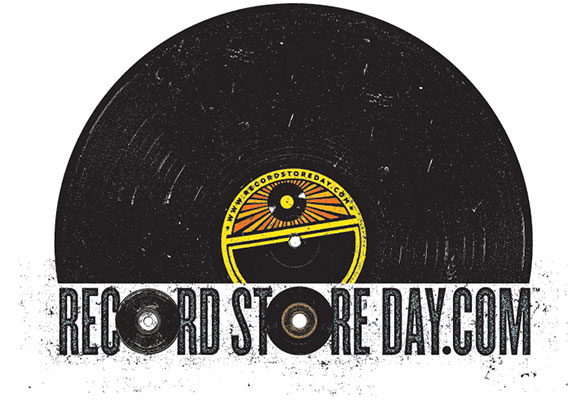 “And the lord did place thy needle upon thy vinyl at 45rpm and he could see that it was good.” Ben 4:12

Today is Record Store Day.  Praise the lord!  Once celebrated by music lovers without scepticism, it has begun to divide opinion.  As with any potential money spinner there has been an attempt by the majors to hijack the event and of course there will always be those that quite rightly point out, that record stores exist all year round, so jumping on the bandwagon annually just doesn’t cut it if we really strive for their survival.  Although awareness is key for growth.  Talk to most independent record store owners and they will tell you that the celebration does wonders for business.  It’s their busiest trade of the year, enticing those who wouldn’t usually visit their store to potentially become regular customers, with records spinning in their eyes for years to come.  Being so many consumers willingly throw money at other so-called special dates that only benefit card and confectionary companies, can Record Store Day really ever be a bad thing as long as it supports those that really need it?

After a visit to Empire Records in St. Albans, which is a great little shop with welcoming staff and an excellent selection, it’s on to The Horn where the ever busy Juicebox Live Promotions have a night of bands all from an orbiting distance of Luton; home of the mighty Hatters who have just secured promotion!

*Warning! Expect football analogies from here on in*

Channeling Black Keys, Arctic Monkeys and Foo Fighters amongst a growing list of other influences, it’s fair to say The Hats have just broken out of the youth team.  Their performance is disjointed, but there’s more than enough about them to see that they can progress once they nail down a direction and identity of their own. They’re a likeable bunch who the crowd warm to; everyone supports an underdog after all, and I can see in time the trio from Hatfield growing into giant killers.  Also, their name is close enough to the Hatters isn’t it.

A well fought away point for The Hats.

Now here’s a band who know exactly what they’re all about.  There’s no doubting the tactical masterplan behind Naked Next Door.  Well drilled and organised, the MK rock outfit dream of breaking free from the small venues and have their eyes firmly on cup glory. I believe this band to have an abundance of potential. They sound beyond their teenage years with Euan Emerton’s bluesy vocal impressing throughout. As things stand they are reaching for stardom with a mix of Kings of Leon anthemics and Catfish & the Bottlemen hooks, which will ring a happy tune to many.  Personally I’d like them to push through the boundaries of the Absolute Radio listener base and allow themselves to play with more freedom.  Which they’re definitely capable of.  Perhaps by trusting their instincts and heart they could really get the terraces rocking.  It’s clear to see Naked Next Door are a band who could have a big future.

One goal is enough to bag all 3 points.

Sinka bring an intensity into the venue,  like a midfield general who can win the ball as well as drive forwards.  Hard tackling with a touch of flair, possessing the same prowess as other power trios such as Placebo and Muse.

A comfortable 0-2 victory in their favour. (oh wait they’re from Watford!) Result reversed and points deduction.  In all honesty a listen to their single ‘You Run‘ is enough to get any non biased pundit tipping them for promotion.  Today Luton Town F.C got just that, did I mention it?