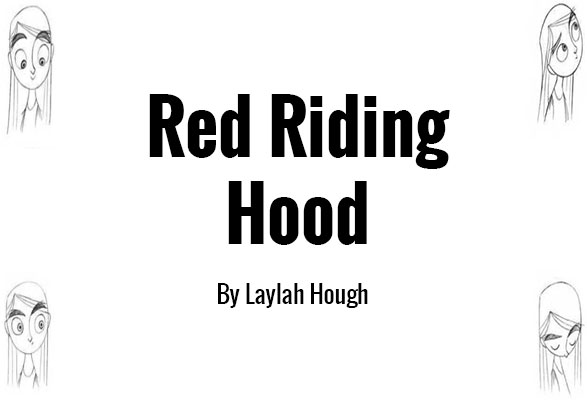 I’ll tell you the tale of Red Riding Hood, In cautionary verse that may grate or bore

Red made allusions to what happened before, sobbing, spilling all she’d previously endured

Captured in images that were digitally stored, behind tawny, tangling hair that billowed

Cheeks, [flat] chest, and hips, the best places to kiss, lick, and grip

Knotted nodules against which to grind, to the broken record of “one last time”

That time she used her hand instead

Left blurry eyed, blinking, blind, you hugged her and dabbed her eyes

Exclaimed how much you sympathised, similarly damaged by bullying and lies

This enthused champion of the victimised, masked unjust crimes behind a flimsy disguise

Master of moans, mimsy and mind-fuckery

Crooning how you want her with sparkling tenacity

Needing your prick to deliver and change her, clothed in a crimson cape of danger

An ode to the depraved fantasy

Does stone lie beneath or a moss bed?

Inquiring of the matter between her legs

Boasting that you inspire copious streams, with tongue, fingers and verbalised dreams

Hopes of escaping began to crumble and erode

Not quite buying what you sought to sell, the knowing ant still struggles in hell

Desperate to repair and reclaim her world, Red stayed mousy, but she’s no longer a girl

She needn’t be to turn down your trade

Abandon the roles of child, conquest, and slave

Undeniably you possessed demons of your own, dictating eternal shifts from home to home

A wounded spectre that grasps and pines, despite her drive to soothe and empathise

Never again will this maiden be monopolised

I only hope hearing this tale in unflinching detail

Makes you know the pain these experiences entailed

How your plan to ensnare Red ultimately failed

Even when life proves cold and austere

Remain on the path

None shall come back here

Within which blossomed Red Riding Hood