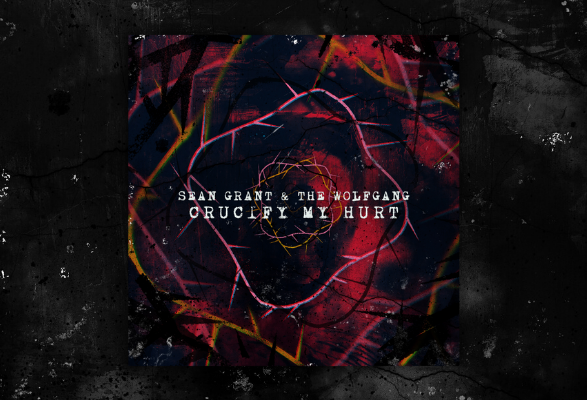 Seán Grant and The Wolfgang deliver their stunning new darkgaze sonic sermon, ‘Crucify My Hurt’ -— which reveals a shamanic search for higher realms of consciousness.

Taken from forthcoming album ‘333’, out on Vandalism Begins at Home Records, this track rides a synthwave of iconographic inquisition and dabbles in deep think, psychedelics, Egyptology and religious symbolism.

“The crucifixion is the most horrendous death, so to crucify yourself is to open up and really dissect yourself piece by piece, the dark aspects and the pain, in order to understand yourself,” says sibylline singer Seán Grant, who draws equally from theology as his own experiences of emerging from a spiral of drink and drugs.

“I’m not bashing the church, but in order to progress and evolve, you have to admit where you’ve fucked up. Nobody should be above it but Catholicism, and particularly The Vatican, they think they are. But I believe my body is my own church and that everyone is connected. We’re all the same.” 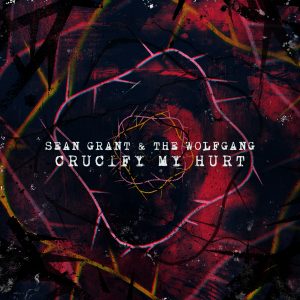 And ‘Crucify My Hurt’ also serves as a reawakening from received wisdom to traverse the psychedelic beginnings of evolution and the possibility of great lost civilisations. Grant serves up a golden thread of lyrical and philosophical wonder — and all you need to do is pull it to discover for yourself.

“It’s about opening your mind to greater possibilities around you,” the frontman says, adding: “The history that’s written is almost certainly wrong. Egyptians were building pyramids 12,000 years ago that we still can’t build today. It’s pretty bonkers. I think we’ve forgotten where we’ve come.

“The author, Graham Hancock, says, ‘we’re a species with amnesia,’ because we don’t know our own history. For instance, it’s theorised that what sped up our evolution from apes, with such a dramatic change in our neural pathways, was the eating of psychedelic mushrooms.”

Then, bursting forth in vivid technicolor, emerges the soaring chorus as Grant starts by eulogising: “It all comes crashing down, reduced to libraries of rubble, in cycles we’ve forgotten.” 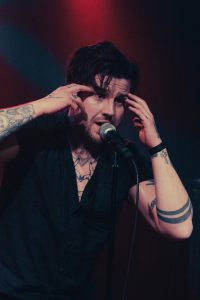 He explains, “That’s a reference to the Great Library of Alexandria in ancient Egypt, where the great minds used to meet and share information. It was supposedly burnt down, but contained ancient mysteries that we now don’t know about. I think there was almost certainly ancient advanced civilisations before the last ice age that got wiped out, but we’ve lost all that knowledge. It’s about exploring these long forgotten possibilities.

“All we do know are things like Egyptian hieroglyphics which were carved into stone. It’s hard to decipher, but people are starting to get there and the clearer it’s becoming.”

Seán Grant and The Wolfgang will embark on a mini tour in July, starting with an intimate album launch on the 15th in hometown Newport Pagnell, with fellow Vandalism Begins at Home sonic stargazers Luna Rosa. Then they hit label headquarters The Castle in Luton on the 16th and The Fiddler’s Elbow as headliners on an all-day Camden Rocks showcase, with more dates to be announced.

Here’s the official music video, which is compiled from live footage provided by the band’s FanGang taken from Seán Grant and the Wolfgang’s appearance on the 8-date Leave The Capital UK tour. Read more about the video and a mini album launch in July 2022, here: https://vbah.co.uk/sean-grant-and-the-wolfgang-unleash-crucify-my-hurt-video-and-new-album-launch-tour-dates/