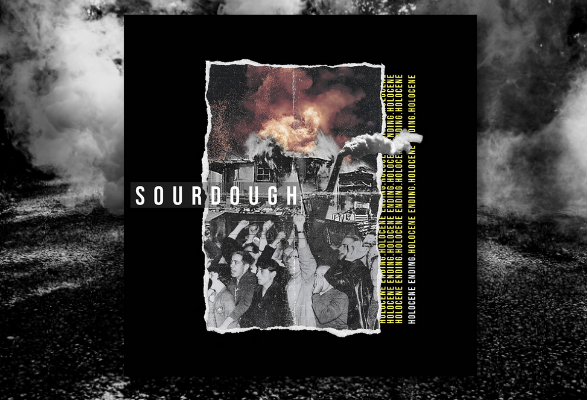 SOURDOUGH are splitting the atom and breaking the mould with new single ‘Holocene Ending’, the second single taken from the noisenik trio’s highly anticipated debut EP, which is coming this August – produced by sound wizard Ben ‘Faz’ Farestvedt, who has previously worked his magic on BBC 6 Music favourites Low Girl and Sarpa Salpa.

Armed with art-punk artillery, SOURDOUGH’s latest noise assault is their most ambitious and mature creation to date. Singer-songwriter Jacob Kyte says, “The song is all about change, the end of something, and the start of something new. We wrote it during one of the many lockdowns, when there was this message of everyone being ‘in it together’, but in truth people, and certainly politicians, were still betraying one another as much as they always had. We were living in an almost post-apocalyptic world, yet attitudes remained as selfish and greedy as they ever were. Everyone is still at each other’s throats. Johnson and his cronies are still laughing at us – yet still getting the vote. It’s like foxes voting to lift the hunting ban”. 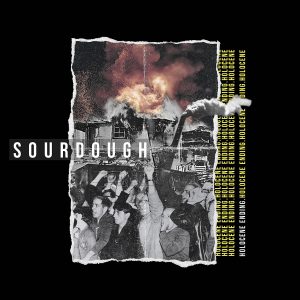 ‘Holocene Ending’ is the lighting of the torch in opposition to the divide and conquer system that we all endure. SOURDOUGH are holding up a mirror to our own failings and self-destructive nature, which is spoon fed to us from the cradle to the grave, as society continues to cut off its nose to spite its face.

A song born and designed from the chaos that surrounds us, ‘Holocene Ending’ ignites a revolutionary blaze with its heady mix of post-punk and noise-rock, paving the way towards an EP which will surely take its place in history. 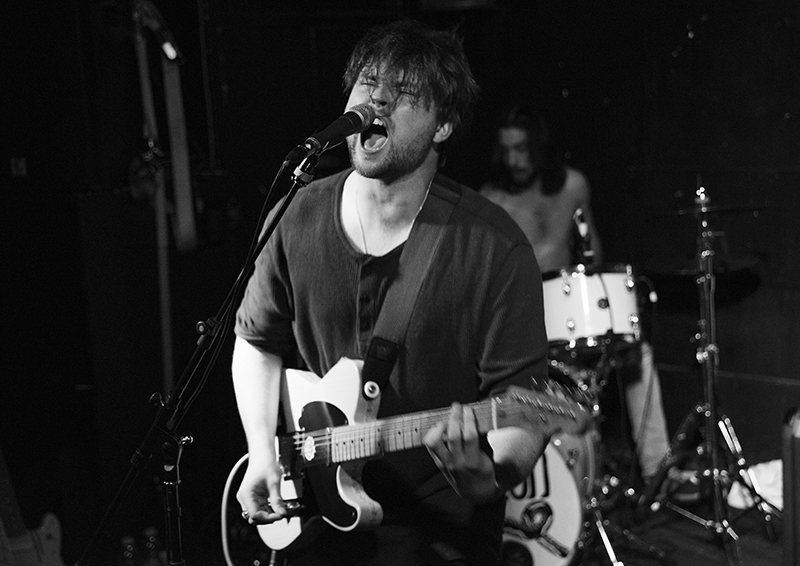