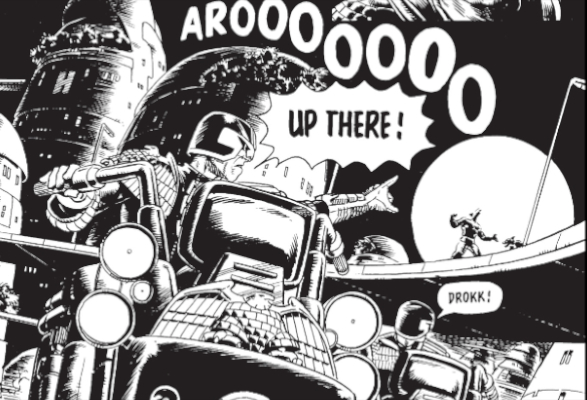 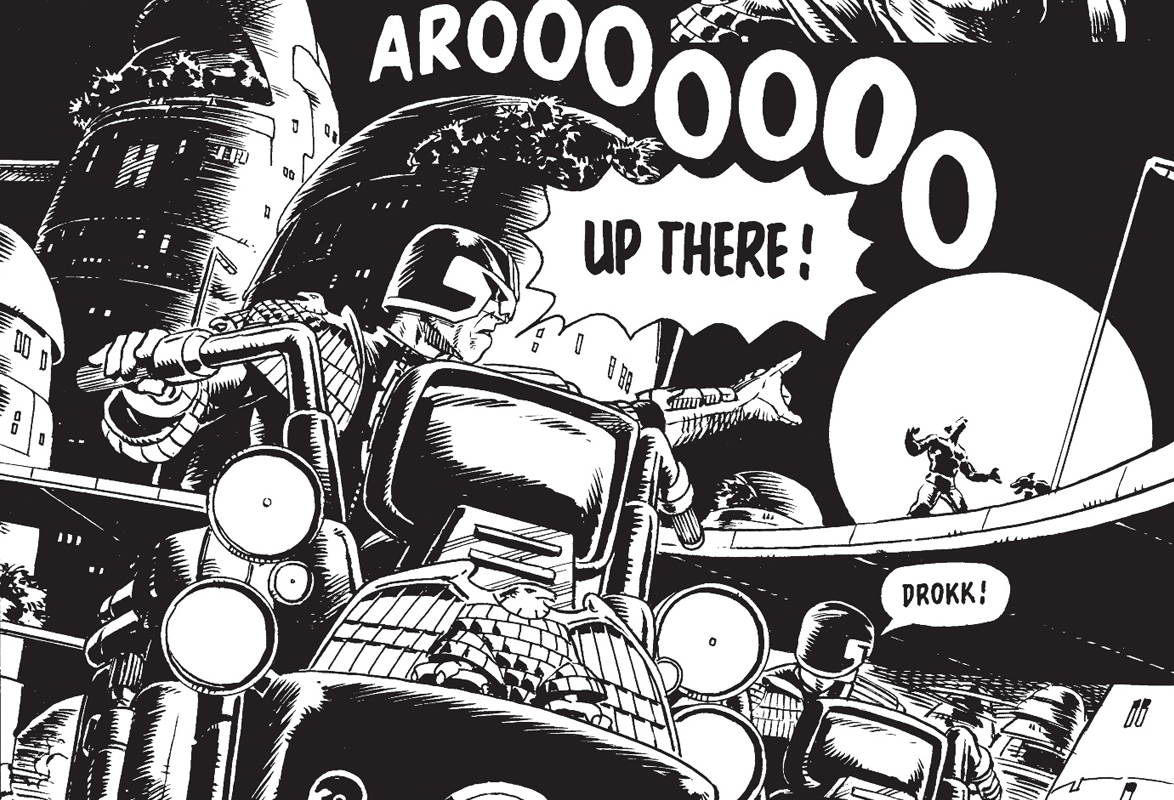 Werewolves have appeared in Mega-City one. Now Judge West reports from Ben Barry Block on a classic, comic caper drawn by a Luton legend 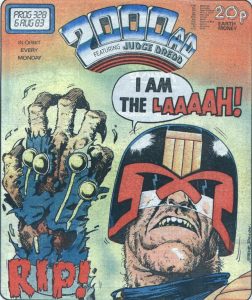 As a comics fanboy, I am used to crazy crossovers and universes colliding. However, in October 2016, I was not expecting to see comics fandom and local news combine forces in reporting the untimely passing of Luton-based artist Steve Dillon. Known in comic book stores as co-creator of the critically acclaimed DC:Vertigo series Preacher (with live action adaption on Amazon Prime), and as a pinnacle artist of Marvel’s violent vigilante; the Punisher. Dillon also had a rich history in British comics from his first professional strip in Marvel UK’s Hulk Weekly at just age 16 to being co-creator of British alternative comics and music magazine Deadline — the same magazine where comic artist Jamie Hewlett and Damon Alban first met, years before collaborating on Gorillaz. 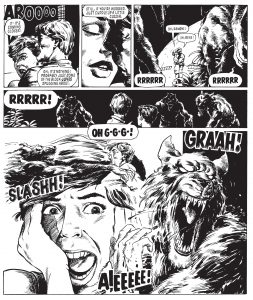 As the days get shorter and All Hallows’ Eve draws ever closer, my pop culture consumption can take a monsterous turn. So, with the three year anniversary of Dillon’s passing approaching, what better time to revisit one of his spookier comics? From the British weekly 2000ad, the 1983 lycanthropic Judge Dredd storyline, Cry of the Werewolf. Writers John Wagner and Alan Grant combine with Dillon on art to craft a fun tale of werewolves, mutated by a radioactivity, prowling the futuristic streets of Mega-City One. The titular lawman Dredd evidently takes to The Undercity — the New York ruin, the post-nuclear megalopolis is built upon — in to dispense justice to the cause of the city’s affliction. 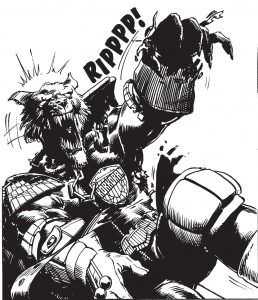 Drawn and inked by Dillon at just 21, the distinctive style found his later American comics work is not yet fully developed, but his storytelling superpowers are already materialising. Panels and pages expertly build suspense whilst interjecting dramatic action sequences and character filled reactions. The first chapter opens with a romantic moment being rendered with an extra layer of impending dread as menacing figures approach out of the inks. The sequence’s classic horror feel peaks in a gutrenching scream, that could have been cut straight out of a Alfred Hitchcock film, dominating the page as monsters and the story leap into action. The clean black and white inks combine as a masterclass of atmospheric, visual, storytelling — menacing white eyes shine out of the darkness in one panel, juxtaposed with boldly lit close up reactions of the terrified citizens, before switching to beastial silhouettes against a white full moon. The ‘camera’ movement, variations in panel size, shape and zoom as well as darkness and light dictate the pace and tone. As the plot moves on, and the titular character goes on a quest to shut down the pack and stop the contagion for good, the story and artwork move to a more action-orientated approach. Although the action set pieces look great and seeing Judge Dredd impale a werewolf on a spear or ride, guns blazings through ruins on his all-terrain motorbike pack a appropriate punch. For me, it’s on the more horror tinged pages, under the eerie moonlight, that the artwork really shines.

There is a contagion of creativity that seems to be spreading across Luton, one drawing, song and event at a time. The bite is strong and once it take root and can transform a town. And who knows… perhaps another creative figure will soon come howling onto the local and then world stage.