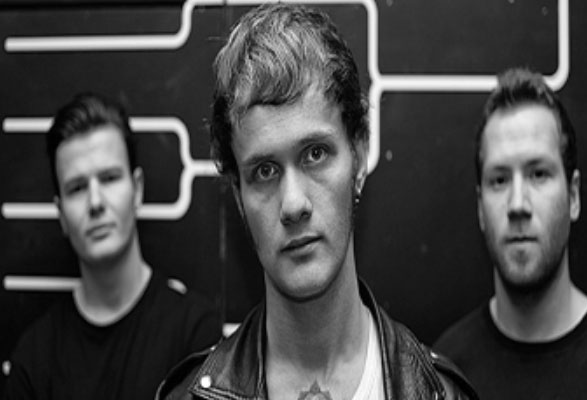 The Edge is striving to forge itself as a live music venue with a reputation deserving attention. As their mantra goes they are “a small club with big ideas”.  Putting those big ideas into practice, tonight they have two touring bands who have both earned themselves fierce acclaim on the live circuit, Strange Bones and False Heads.

Flying the flag for Luton tonight are Dinges.  A psyche garage-rock 3 piece who are a spot on choice to kick start a night promising to be an ear blistering guitar assault.  Jagged yet razor sharp, they possess the same unhinged intrigue as The Wytches along with a  Dinosaur Jnr love of guitar feedback fuzz attack.  Half sung, half caterwaul, it’s a captivating chaotic experience and is best of all genuine.  Sadly the momentum is broken by an insistence from the band of sound problems, that in all honesty I can’t detect from where I’m standing.  I can only assume it sounds different on stage.  Or perhaps they’re better than they believe themselves to be.

Having not been able to perform the night before, due to singer/guitarist Luke Griffiths being struck down with a bad dose of touring flu, it was in the balance whether East London punks False Heads would be able to play tonight.  Having spoke to Luke, I don’t have to be a doctor (trust me I’m not) to confirm that he was in a pretty rough state, so to go ahead reflects the spirit of the band. So all present count ourselves lucky that the show goes on and we’re treated to frenetic numbers from their last EP ‘Gutter Press’ and new single ‘Retina’.  You can visibly see the frustration in the frontman that he’s unable to hit the heights vocally that he’s capable of but his impressive guitar talent and commitment to the cause wills out.  If this is a band not at 100% then it’s no wonder they’ve received such high praise from the legend himself Iggy Pop. 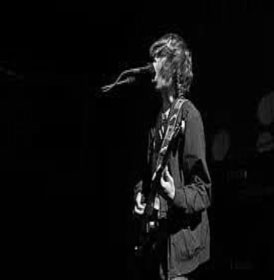 A siren fills the venue, which once upon a time in here meant it was perhaps being raided or some cheeky so-and-so had set the fire alarm off, but not this time.  Very sharp dressed men, all in long matching coats and DM boots, looking like the last gang in town have taken their place on stage then explode with an intense collision of hard punk and down right dirty Blues riffage.  Strange Bones have announced themselves and it’s impossible to ignore.

The über confident Bobby Bentham roars through a gasmask whilst becoming a human bowling ball, the crowd the skittles.  It all feels like we are the last people on the planet and in this post-apocalyptic world this is what we now do with our time.  The punks have inherited the earth. 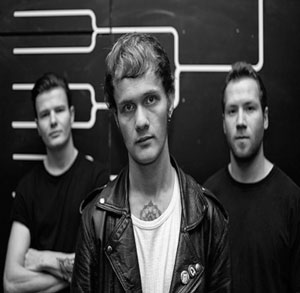 Strange Bones are a machine gun as the music keeps coming harder and faster.  It’s absolutely relentless and their cover of Prodigy’s ‘Spitfire’ pales the original, sounding as if Rage Against The Machine were slugging it out with them wearing barbed wire gloves.  It’s their own compositions that steal the show though, the nuclear stomp of ‘Big Sister Is Watching’ and ‘We the Rats’, plus special mention to the new single and whole reason they’ve come crashing into our town ‘Blind Faith No Future’.

This hard hitting, take no prisoners unit from Blackpool had The Edge fully onside tonight.  It’s no wonder as they were wild, crazed and well, down right feral. Just how we like it.