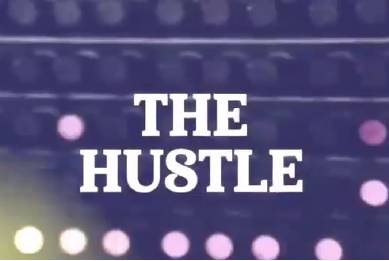 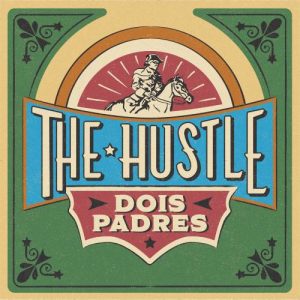 ‘The Hustle’ is the gas-guzzling,

stick ‘em up new single from desert-dog duo Dois Padres — a band on the run and shooting from the hip.

The fourth release by Luton label  VBAH  Records,  ‘The Hustle’ is a Tarantino-disco switchblade shuffle, that gets to work ‘wheelin’ and dealin’ and sellin’ that good time feelin’.’

As the second single from their forthcoming third album, Swamp Jams, the garage psyche-rock gang are suited and booted for a funk-filled diamond heist, where six-string shooter Danny Young runs amok with a swaggering hook.

“The Hustle handbrake skids straight out of a 70s cop car chase intro into a Reservoir Dogs boogie, where it’s time  to put on your shades and strut down the street with shady intentions,” says the front man.

While his partner in crime, George Cowan, storms the joint in a hail of boom, blasting bombs at those twinkle toes.

The beat smuggler says: “The Padres are here to chew bubblegum and kick ass… and we’re all out of bubblegum.”

Dois Padres have been called, “…the biggest, brashest, most untouchable hombres around.”

And their party-fuzz ferocity has been explained as, “inspired by a golden era – but with even bigger knobs on – oh, and neat adrenaline for blood.”