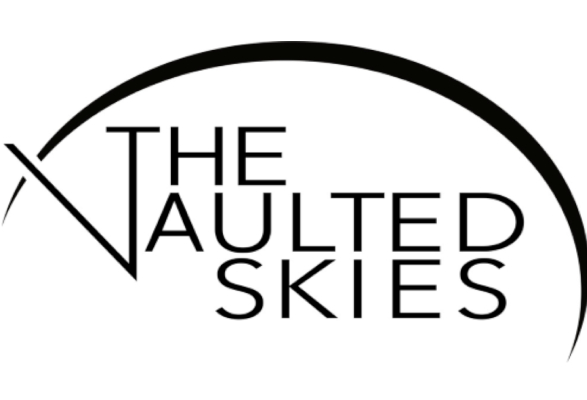 Since forming in 2013 The Vaulted Skies have made a name for themselves as a stylish, high quality band with a focussed, professional sound. Kelly Marchant caught up with singer James Scott to discover a little bit more about what makes them tick.

How would you describe your music to someone who hasn’t heard you?

I’d probably list influences because hopefully they might have heard of one of those other bands. It’s not the most original way but…

It’s difficult to describe a genre…

It is yeah, cause if you say alternative rock then everyone could have a different idea of what that means. It’s quite a broad church. If you just say rock that’s even broader. So I’ll tend to say “Do you know The Cure? Do you know Nirvana? Well it’s kind of like those two bands mashed together.” And in our biog we definitely reference PJ Harvey, Yeah Yeah Yeahs and New Order as well. The trouble is, sometimes people think that means you’re playing covers of those bands, when we take a lot of pride in the fact that the material is original. Though there is an ongoing joke that I spend half my time trying to sound like The Cure and the other half trying to sound less like The Cure.

You’re making a new album at the moment. Are you trying out any new styles or sounds?

Well, it’s not an album that we were planning. We were making another EP of four songs. But even that plan is kind of out of the window now, and we’ll release the four songs individually, I think. We had some advice that suggested two really good reasons to do it that way. Firstly, because radio [stations] might play one song from an EP and then forget about it; whereas if they’re receiving individual songs, then even if the first song doesn’t get picked up, you might get another shot with the next one. Secondly, because the gaps between our releases tend to be quite long otherwise. If we’re waiting for four songs to be perfect before we let anyone hear them, then as a band that still has to do other work to pay the bills, that can take a while. So, polishing one at a time and aiming to get something out every couple of months will help us remind people that we exist, and with more material out there, there’s more of a chance that we’ll connect with more people.

But to answer your question about styles and sounds, yes – the reason we chose these particular for songs for the new EP was because there’s a theme that run through them, which in turn lends itself to being more diverse and extreme (stylistically) that previous releases. So, Versus Heart, which we put out a preview of on Christmas Eve, is probably the softest thing we’ve done in many respects. I don’t want to say “ballad”, but it’s close. The next three songs: one is almost pop, one is veering on metal and one is a big epic melancholy piece. Like The Falling Man, but ten times bigger.

Where does the band name come from?

It’s derivative of the last line from a poem called ‘I Am’, which was written by John Clare in the 1840s. He did a lot of stuff about the English countryside but he also suffered massively depression. ‘I Am’ is wrote about a sense of alienation from the people around him and his inability to talk to god. He feels ignored by heaven and Earth, and in the last line, when he talks about the vaulted sky, I interpret that as feeling bound to the earth, when he wants to die. But if he kills himself he won’t got to heaven, because that’s considered a sin, so he’s trapped under the vaulted sky. I studied a lot of existentialism and nihilism when I was at college, which talks about the three interconnecting doors of religion, insanity and suicide, and how each prevents of encourages you to walk through the other. I was raised catholic until about the age of 10, but I would consider myself of no religion now. I think Star Wars probably provided me with a better understanding of right and wrong than the Bible. The positive side of it, is about trying to see things as they really are so you can get to a better place with it. I think we live in a time when people look for distraction in the glitz of talent shows that to me, feel like they belong in a pre-punk 70’s. To me, that’s an expression of how without hope some people have become. And I think what we do as a band, despite some improving production values and subtler lyrics, is rooted in punk, and embraces post-punk, goth, new wave and grunge etc.. It’s about seeing the problem and tackling the ugly truth of it head on, so you can work through it and be happier than you would have been had you just remained in denial and stayed in watching The X Factor. So it’s about seeking and seeing beauty in darkness. Y’know if you really look at something ugly for long enough it becomes quite beautiful, just like your eyes adjust to the dark at night. It’s unpleasant at first, but then you see or appreciate things in a different way. There are times in life when things happen to you that you think are terrible, but then you eventually realise there’s a reason that thing happened, or you at least learn something from it.

Who is on your shitlist if anyone?

I have an irrationally intense hatred of Razorlight, but you don’t hear much of them any more so my blood pressure is OK. I can’t stand Robbie Williams! And there’s a couple of songs by Bruno Mars that make me cringe so much that I think I’m going to throw up. The guy who sometimes drives me to meetings insists on having Heart FM on, and they play the same shit all year every year, every day of every week, and that always includes Robbie Williams and Bruno Mars.

Do you get nervous?

Not anymore. I get excited, and that can still make you shake and your mouth go dry, and your brain stop working properly so that you forget to plug your guitar in when you’re about to play and panic for 5 minutes before you realise that’s why you’re not getting any sound. But even that doesn’t happen so much these days. I think it’s moved from the early days of getting on stage and praying you’ll “get it right”, hit the right notes at the right time etc. to now being about delivering the very best performance possible, emotionally.

Well we’ve just got a new manager, who’s going to help us work that out. But so far, we’ve got a gig supporting The Faces of Sarah at the B52 Club in Belgium on 22nd February, then we’re doing a gig in London at Nambucca on 1st of March with The Secret Cameras. Hanwell Hootie on the 11th of May. A little independent festival on 13th July, and then the next night (14th) we’re supporting a Red Hot Chilli Peppers tribute act at MK11 at Milton Keynes.