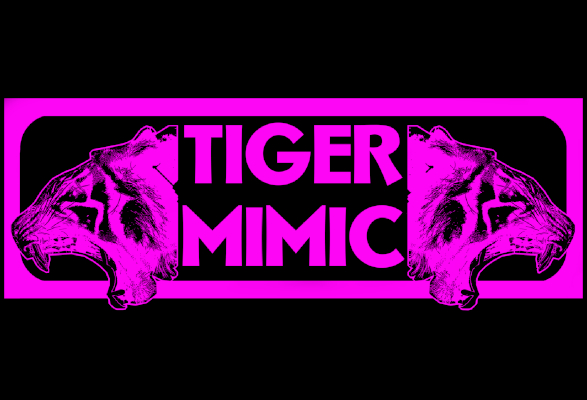 Tiger Mimic are a four-piece intercontinental band that defy convention. In an era of beige indie bands that are falling over one another to copy-paste the previous summer’s Radio 1 hit, Tiger Mimic offer a refreshing uncertainty.

“I used to listen to The Doors and Neil Young when I was growing up,” says guitarist and co-songwriter Bram, who, along with vocalist Jess, moved from New York to London in order to try and create a home for their music. Tiger Mimic are completed by Londoners Ben (bass) and George (drums) who combine to form a thumping rhythm section. But much like the rest of this band’s identity, influences for this band are part of a sonic puzzle that is a challenge to piece together.

As a trained opera singer, frontwoman Jess is the star of the show, with sweet-as-molasses tones that work with smooth, disco-infused basslines that contrast against searing bursts of angular post-punk guitar riffs.
The stand-out song of Tiger Mimic’s set is single ‘They Took Off My Body’, a seductive, repetitive guitar line that builds into a synth-infused, dance-worthy climax.

The more you listen, the harder it is to place them – there is arguably a hint of Deee-Lite, perhaps even parallels to New York dance-punk counterparts The Rapture – but Tiger Mimic have certainly carved out a niche in 2019.