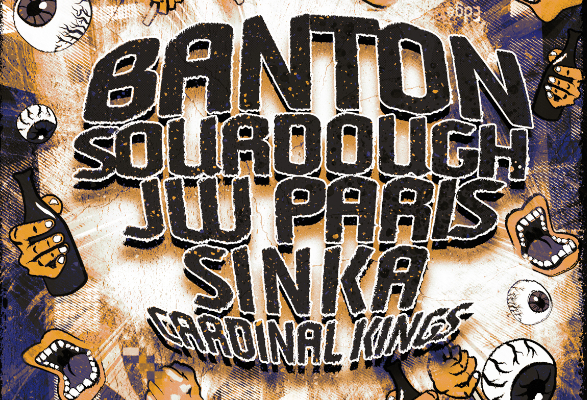 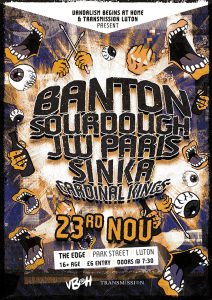 Transmission began broadcasting their indie / alternative radio show on Diverse FM at the beginning of 2018, not long after VB@H #2 was published. It was encouraging to find there were others in Luton who shared our passion and drive for local music and we struck up a friendship, in which both parties cooperate with their support for the local scene. Even if our tastes don’t always agree, it felt natural to co-promote some live events showcasing the brightest of up and coming talent, championed on the radio show and in the pages of this fanzine.

In my recent review of the Cardinal Kings track ‘Ghosted’, I concluded by saying “As for me, I’d rather sit in silence” which is the sort of typically fair minded comment you can expect from me, here, sitting in my ivory tower made of mud, old plectrums, empty guitar bags and yes, some ivory. It was therefore with some trepidation that I crept into The Edge to catch ‘The Kings’ who were opening what promised to be an excellent night of music. Now, whiIe I don’t take back my words (the studio version of the band is anaemic), live, the songs pop in a most satisfying way. I’m not sure who they sound like exactly but I’d describe them as fairly hard edged Indie, along the lines of Sarpa Salpa. The band work well together with the interplay between the two guitars particularly noteworthy, the vocals are excellent throughout with some superb falsetto harmonies and certainly in the opening two tracks they prove themselves capable of some pretty robust riffage. When the offending track ‘Ghosted’ is played, I can see why I didn’t like it, but in the context of the overall set it now works. They are very good openers as well, getting the crowd going with some call and response stuff that, while ultimately a bit pointless, is good fun. They never rise to the heights of the first two songs but yes, I hold my hands up, they’re a lot better than 5/10 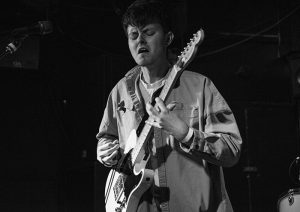 Sinka were excellent the last time I saw them at The Castle and they are again tonight with the caveat that, for some reason, the songs don’t quite punch the way they did the last time I saw them. This has nothing to do with the band who play a flawless set, rather it might have been a combination of the fairly thin, post Cardinal Kings crowd, the low temperature in The Edge and perhaps the guitar not being quite loud enough. Don’t get me wrong, their superior musicianship pulls them through and the crowd, which fills out again as the gig goes on, warms to them both figuratively and thermodynamically. The band throw themselves into their performance and debut a few new tracks before playing their more familiar singles with ‘Fussy’ being a real stand out. I get the impression the sound on stage is much better than the sound in the audience as they are clearly feeling the music in a way that I, for one, am not. The gig ends rather abruptly with singer Shaun wrenching the actual jack socket out of his amp during a particularly intense bit of the final song. Just to reiterate, the band are great, I just didn’t get the same visceral feeling of power and fury from them that I was expecting and looking forward to. 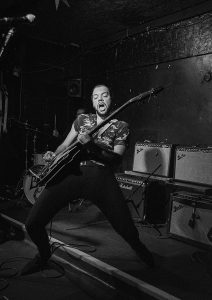 I’ve never seen JW Paris before so had no idea what to expect but what I got was 30 minutes of top notch pop inflected rock music. The crowd by now is getting quite large, quite rowdy and quite drunk which certainly helped the show along, but even without this encouragement the band would have been first rate as the songs are a really good mix of rock power and catchiness with ‘woo-hoo’s’ abounding. They’ve had a bit of airplay on 6 Music and on this showing could be going places. Lots of fun, great to watch they produce a reaction from the crowd that verges on anarchy with the barriers in front of the stage at serious risk of destruction. It’s all in good humour though and makes for a memorable gig. It later turns out that the singer/guitarist is one Daniel Collins who I hadn’t seen for well over a decade and who used to be in original VB@H darlings Pirate Radio. We’ve both put a few miles on the clock since then but it’s great to see him still producing great music. 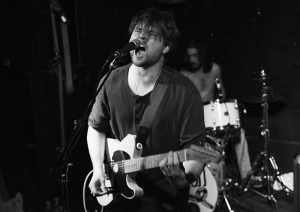 Sourdough are the band I’m looking forward to seeing to most tonight and they don’t disappoint. I saw them at Harveys a couple of weeks ago and, sober enough to really take them in was very impressed. Tonight they are even better. What impressed me then and impressed me tonight was the quality and distinctness of each song in the set. As each song begins you think ‘oh, it’s that one, I like that one’ and  this keeps happening. Unafraid to mix solid catchy songwriting with chaotic feedback laden passages and obtuse phrasing they really are the complete article and are my favourite local band, hands down. It’s great news that they are being supported in their endeavours by LAMA because they really are something special and deserve a much wider audience. Once again the crowd are going ape and Sourdough respond in kind with a claustrophobic intensity reminiscent of mid period Sonic Youth. If you get a chance, go see them. 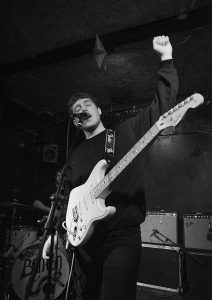 My fear, given the late hour and the quality of the preceding bands was that headliner Banton would be something of a step back, but I needn’t have worried. Now playing with a full band, his songs, which were always strong enough to be played solo (no mean feat) are given the power and breadth that a full band set up brings. Playing songs mostly from his debut EP, Banton shows why he also is an artist who should be going places in 2020. What the songs lose in their intimacy they make up for in intensity with ‘Music is the Drug we all Need’ being a particular stand out and the clearest beneficiary of his expanded sound. The band leave the stage for one song and it’s like old times and a lovely moment, but when the band return for the closing numbers you realise that he’s made the right decision. He leaves us with lead single ‘Champagne’ and while, in my opinion it’s not his strongest song, it’s a testament to the writing that, upon waking the next day, that was the song going round in my head.