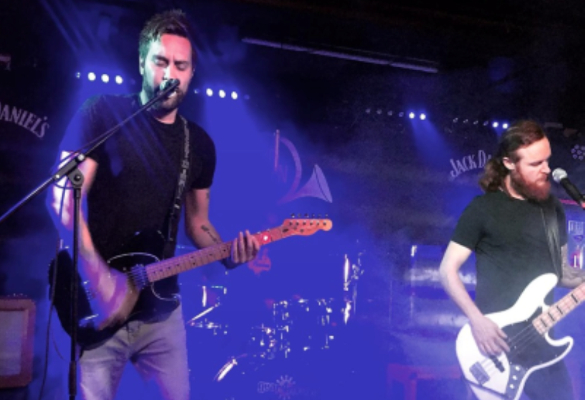 Luton may be central to this fanzine but our noisy neighbours are just as important, whether it’s making trips to venues such as The Horn in St. Albans and Bedford Esquires, or covering talent from surrounding areas who grace Luton with their performances.  Satellites can become stars in our musical universe, and it’s gigs like tonight that prove this notion isn’t sci-fi. 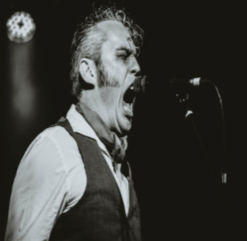 It may be called The Castle, but to Ben Suttey, the manic minister fronting Exploding Ear Ensemble, tonight it’s The Church, his church.  Cut from the same suit cloth as Tom Waites, he preaches and growls, sometimes using two mics at once to get his tirades across.  Sonically, Captain Beefheart and The Birthday Party are sent into the Hadron Collider, leaving no doubt to the reasoning behind the band’s choice of name.  It doesn’t take long for all present to be converted and become disciples of this tinnitus enducing group from Milton Keynes. 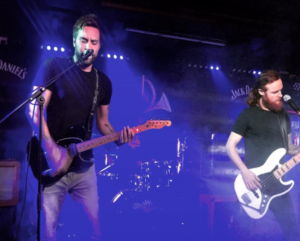 Another sound-wave of extreme volume from MK, The Dead Melody take their lead from alternative rock bands Reuben and early, rawer Biffy Clyro.  The trio’s time spent in the studio with producer Jason Wilson, who has worked notably with Dinosaur Pileup and the aforementioned Reuben, has served them well.  Their post-hardcore is nut and bolted together with expert engineering, giving each riff extra horsepower. 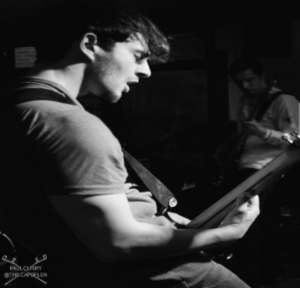 With two successful missions executed from Milton Keynes tonight, it is time for Underwing to launch.  The 3-piece from Stevenage are a tussle between Sub-pop and Dischord Records, whilst boasting the kind of bass work made famous by Fugazi, and even Red Hot Chilli Peppers, before they churned out an endless stream of corporate friendly funk (the clean version of that particular description).  Underwing exhume enthusiasm, along with a sense that they are battling with a will to succeed, and the crowd love them for it.

Tonight all three bands gave everything they had and were testament to the current wealth of talent we’re lucky to have in the area. Remember you do not have to travel through time and space, or boldly go where no one has gone before to enjoy these bands and so many more.  They’re all around us, and only a small step away.  You never know, it could turn out to be a giant leap