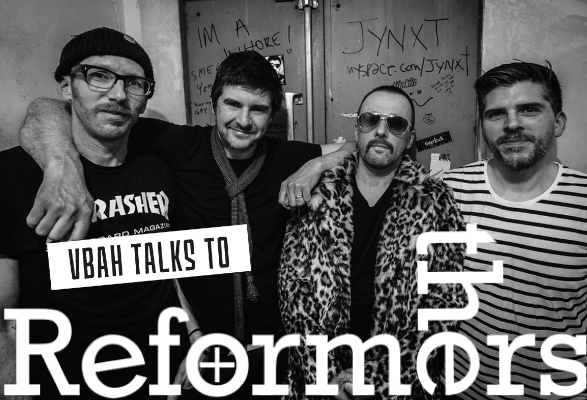 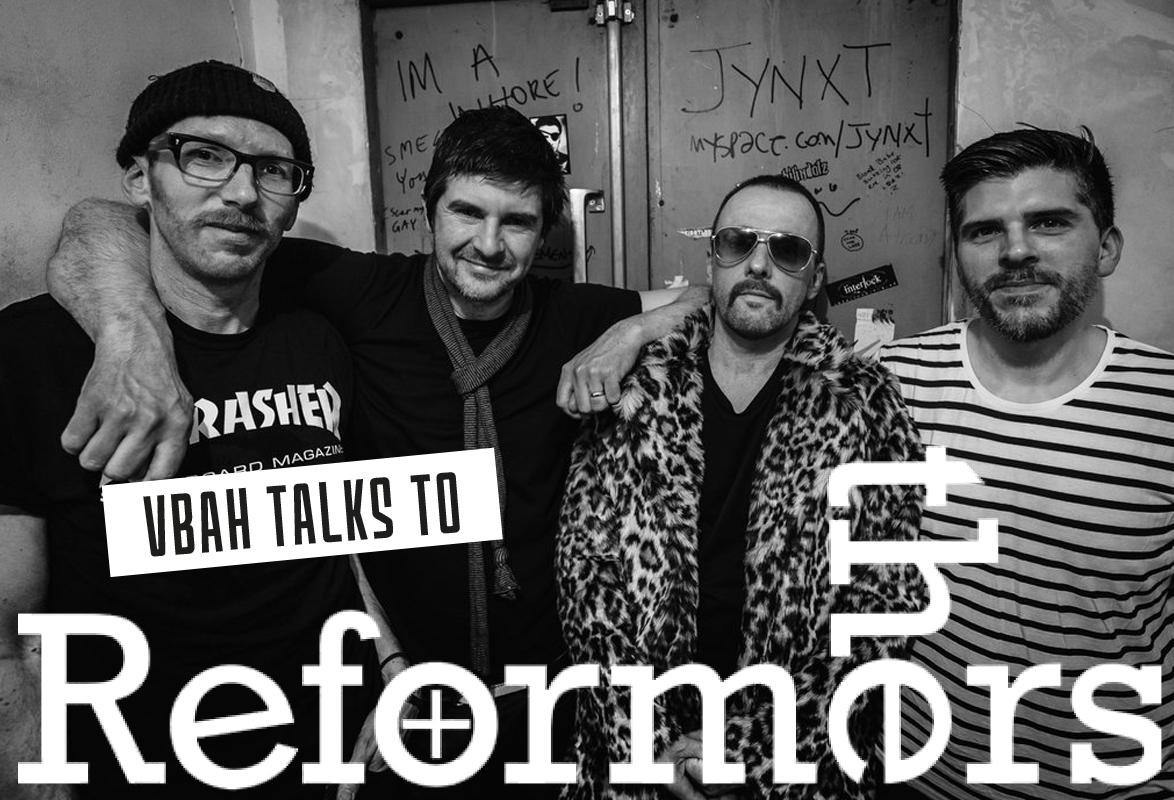 Bedford stalwarts the reformers checked in to discuss their adventures in sound, their love of their hometown venue and to take us back to where it’s at…

When did it all start for the reformers?

We’ve always played in bands, Andy fronted The Backroom Boys, Mark played bass with Granola and it was one Neil played guitar in called Brilo which The Reformers pretty much rose from the ashes of. We wanted to start writing and creating our own sound based on something with a sprinkle of ska/punk and a hint of Eastern melodies we liked. We’ve been through a few line up changes since our good friend Carl moved to Australia, so our current set up landed sometime back in 2017 with the arrival of Yann on drums.

Your ep ‘back to where it’s at’ has an eclectic sound. What influences the band’s creativity?

Everyone in the band has wildly different tastes, but it’s driven by a love of new music. We like things that are a bit glitchy and we can’t help being shaped by what we were listening to when we grew up, such as Bauhaus, Dr Feelgood, Hanoi Rocks, Gang of Four and Ozric Tentacles. It’s pretty much a mish mash — that’s the way we like it.

As a bedford based band, how important is esquires to the town’s scene?

It’s where 3 of us grew up, sneaking into gigs before we were old enough to know better. It’s such a pivotal part of the scene. It’s where new bands get to take their first steps and the conveyor belt of up and coming touring bands has a massive part to play to influence the next generation.

We’ve been lucky to play with a load of super talented local artists; Elijah Miller, Banton, Sarpa Salpa, Easydread, Frantasize, the Pride and The Troubled Bones. We’ve had the privilege to open up for The Blockheads, Dr Feelgood, Clem Burke and the Godfathers.

We try to get to as many gigs as possible at Esquires. The recent Pottery and Bodega gigs have been great and Kate Tempest was incredible; made us cry when she played there earlier this year too. Amongst many many highlights, the stand out gig that we’ve been to at Esquires was IDLES in 2017. It was the first date of their Brutalism Tour and they played the whole album – we had an inkling things might explode for them.

Yes, we specialise in promoting the very best local music. It’s not really part of The Reformers story, but since The Reformers are involved in hosting the Friday Night Blender I guess it’s all part of the same family in some way. With blender, we bring the top quality acts lurking under the surface to a wider audience — out from the dark of live music venues and into the light and new audiences.

We’ve been able to put together line ups for the major events we’ve been involved in have been Taste Festival, running a blender stage at Bedford River Festival and have just come off a weekend takeover at Bedfringe Festival. We’ve worked with Mark Morris [bluetones], Jez Hellard and the Djekela Orchestra, Gaffa Tape Sandy, The Scruff, Pearl Handled Revolver, Minnie Birch, Sara, My Girl The River, Elle Beale and a ton of other local talent. We love to collaborate and have put on opening/closing night events with NOHAT — a collective pushing female art to the forefront.

We always try to weave DJs in to our events — and have welcomed the Roll Your Own Records Crew, Beat Throwdown, DJ Prone, Paul Miller, DJ Ali Taylor, DJ PJ and Armands Melkis to the decks!!
We are planning next year’s events and hope to be back at the Bedford River Festival and Bedfringe, and working hard to deliver a few special projects that have been bubbling away… keep your eyes peeled at @blenderMusicUK on Facebook and our Instagram page for all the up to date info.

What plans lie ahead for the reformers?

We’re heading back to the studio to write a load of new material. We’ve got a Camden gig just before Christmas and then we’ll get our heads down with more writing to get ready for the Summer 2020.
In the meantime you can listen to our current EP at all the usual online places… iTunes and Spotify — we have a Bandcamp page for anyone who wants to own it too — you can check this at thereformers1.bandcamp.com