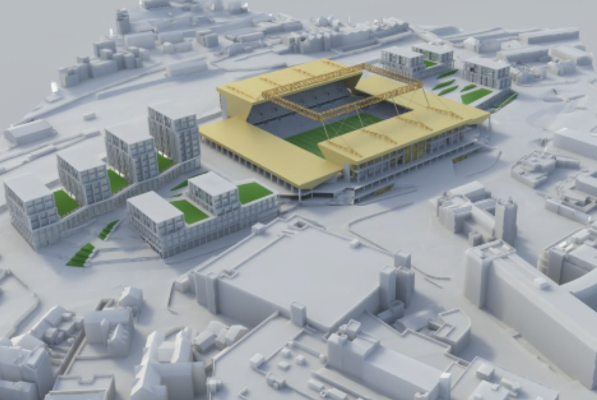 A small, but not insignificant roar rang around the chamber at Luton Town Hall on January 11. It was music to my ears, but it was an unfinished symphony. It was the moment, confirmed, that my town had planning permission for an 1,800-capacity music venue, bars, restaurants, revitalised nightlife, a 17,500-seat football stadium and so much more.

All of it exciting, but still so uncertain.

It all rests on a knife-edge decision on March 11 around Newlands Park, which is needed to help fund Power Court. This uncertainty is because the owners of The Mall, Capital & Regional do not want it to happen and a protectionist squabble over a small amount of shops proposed at the M1 junction 10 site could kill the dream.

I write this, days after Independent Venue Week, a vital campaign to get people to cherish the places that put on live music. They are shutting at an alarming rate. Last year, the first ever live music census in the UK found that a third of almost 200 small venues outside of London are fighting to survive in the face of high business rates and noise restrictions. Luton can be virtually unique in not only bucking a worrying trend but doing the unheard of. Music journalist, John Earls, told Transmission on Diverse FM: “One of things I’ve been covering in music journalism over the past few years, is how dispiriting it is that more and more venues are closing. I think it will be massive, in a way, not just for Luton, but for the music industry in general, if there was suddenly a big new music venue open.” Last year’s census showed that live music contributes significant sums of money to local economies, such as £78.8million annually in Glasgow, equating to an estimated 2,450 full-time equivalent jobs.

The overall impact of Power Court and Newlands Park will be a £250million a year boost to the local economy and 10,000 new jobs. Music will contribute to that.

Paul Mercer, boss of Luton Live/s Promotions, highlighted a scenario to me, where, going to a gig at Brixton Academy could set one person back “a minimum of £200” when you consider the cost of concert and train tickets, food and drink and potentially even a hotel. “You’ve got to think of the economic benefits of having something like that [music venue],” he said, adding: “1,800 people possibly spending £200 in town is a massive positive. “[Get] the right bands, the right time, get it done and you’ll see Luton thrive again.”

Ben Barry, the co-conspirator of this ‘zine, said: “There’s absolutely no reason why Luton couldn’t pull it off. To be able to leave your house, go and watch football in the ground we deserve, and then, after that, saunter down to watch bands of a fantastic level, coupled with our own talent, I think is exactly what we need and no less than we deserve.”

Tell your councillor why Luton needs Newlands Park and the Power Court and, through a petition on the #saveourtown website, tell Capital & Regional to drop their block so that Luton can have the progress it demands.

Let’s get this done.