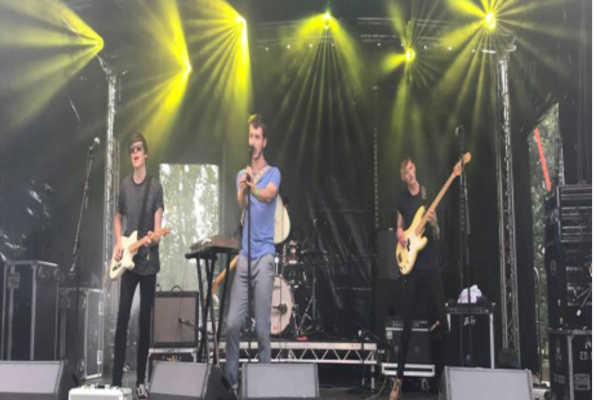 Due to logistical issues/my own bone idleness, I didn’t manage to make it to Wilkestock on the Friday, which unfortunately meant I missed out on the likes of Mallory Knox and The Lafontaines. However my Transmission co-host Matt Crawley did make it and was very impressed with the latter so feel free to utilise this information in whatever way benefits yourself.

I managed to jib a lift on Saturday morning with The Scruff guitarist Jack ‘8 Togs’ Brown, and the fact that Crawley had already set up a tent for me meant I was free to get straight amongst the complimentary drink tokens that my new found notoriety as one half of Luton’s finest broadcasting duo had afforded me. 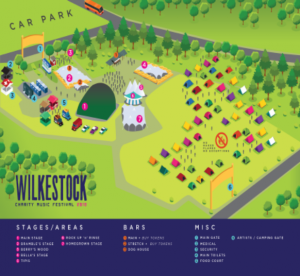 A quick word about the festival itself before I get too involved with my inane recollections: Wilkestock is a charity festival located in the Hertfordshire countryside just outside of Stevenage. Set on a farm, the site itself scarcely seems big enough to play host to all that’s going on, yet smaller stages are tucked out of the way in nooks, crannies and dark corners that you didn’t know existed. It is truly one of the best festivals of its ilk that I’ve ever been to and seems to be getting bigger and better every year, so fair play to everyone involved in the organisation of it.

The first band I caught was FIENDE FATALE. They’re a band I’d never quite got round to seeing, despite knowing their drummer Dom pretty well and they certainly didn’t disappoint. I can imagine them being even better in a small venue; they had enough about them to get the lunchtime crowd going, with their latest single Mr Smith being a particular highlight. Their frontman reminded me of a young Richey Edwards which I think is worth noting but I’ve no idea why.

Next up on the main stage were 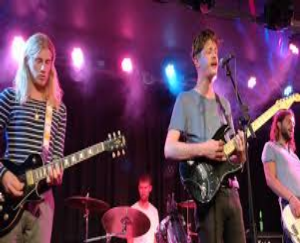 THE SCRUFF. It seemed a bit harsh having the loveable Bedford indie rogues on so early but, unperturbed, they played a barnstorming set. Capable of going from emotional ballads like ‘Her’ to balls out rock and roll like ‘Let You Down (I Won’t)’ in the blink of an eye, The Scruff will definitely have won over some new fans. My mate Lauren said they were the best band she saw all weekend, then again she still likes The Courteeners so probably best to treat her opinion with a degree of caution.

I spent the next couple of hours milling about by the main stage. A personal highlight was provided not by any bands but by the sight of a rotund member of security personnel absolutely haring past us and then falling in a heap with nobody within five yards of her. Me and my pal Robbo spent a good 5 minutes debating whether or not she was a part of the entertainment as some sort of slapstick comedy routine as there was nothing in the vibe of the place to suggest the need for a security person to be legging it about the place. Crawley’s quip that she may have heard about some homemade jam being confiscated from a punter at the entrance pretty much sums up the general Toryness (is that a word? It is now) of the afternoon crowd.

One band I was looking forward to seeing were STRANGE BONES and they were everything I’d hoped for and more. Frontman Bobby is, when on stage, as close to a full blown lunatic as I’ve ever seen. Lovely fella off it, and incidentally we managed to get an interview with him for the radio show afterwards in which he was charming, eloquent and completely unconcerned by our lack of unprepared questions, and by this stage, halfcutness. On stage though Bobby whirled about like a dervish, leaping on drumkits, barriers and into the crowd. Sometimes whilst playing guitar, sometimes not, sometimes whilst wearing a gas mask or a balaclava, sometimes not. Despite all this the band were incredibly tight and played with, as Robbo put it, “almost too much gusto”. Again, one to experience in a packed out small venue for full effect I should imagine. 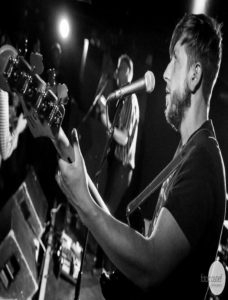 I was finally prised away from the main stage by the fact MONARCHS were on stage in Bella’s Tent. The Kettering 3 piece were without their bassist Jim but his replacement Jack did an admirable job. With Jack set to join the band full time, making them a 4 piece it’ll be interesting to see what direction they take in the future.

Also on the Bella Stage a bit later were the ever superb SARPA SALPA. They clashed with Cabbage on the main stage but for me it was a no brained. Why would I wanna go watch a band who can’t even come up with a good name? Cabbage indeed. The Sarpa boys vindicated the decision by delivering a set of consistent brilliance, including their new single ‘Smith’ and their finest hour (so far), ‘She Never Lies’.

Headlining the main stage were THE FRATELLIS, who I last saw at Brixton circa 2007 on the tour for their debut album when the band were at the height of their commercial success. I’m not ashamed to admit that it was a pure nostalgia trip for me. Their new stuff has a bit of a country vibe to it, so as you’d imagine it was old singles like ‘Henrietta’, ‘Whistle For The Choir’ and, of course, ‘Chelsea Dagger’ that really got the crowd going. I for one, thoroughly enjoyed myself. 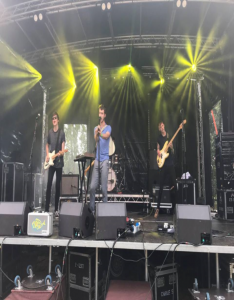 The rest of the night is a blur of gin, silent discos and the ever well prepared Robbo who hadn’t paid for a ticket begging for someone to give him and roll him a fag. I shared what was barely a one man tent with both 8 Togs and Robbo who, naturally, got more or less no sleep.  Sunday morning dawned warm and sunny, by 7am we were up and about. The Sunday line up didn’t really tempt us so, whilst other, more normal people went for their coffees and bacon rolls, Robbo and I went in for a more left field brand of hangover abatement. We carried on boozing. Polishing off what was left in our tent and then getting dropped straight to an off licence on the way back to carry on until the pubs opened. That’s not where the story ends, but I’m running out of room so you’ll have to wait until I publish my memoirs for that. Suffice to say I’m glad I booked the Monday off work.

All in all, Wilkestock was delightful. I would booze there again.