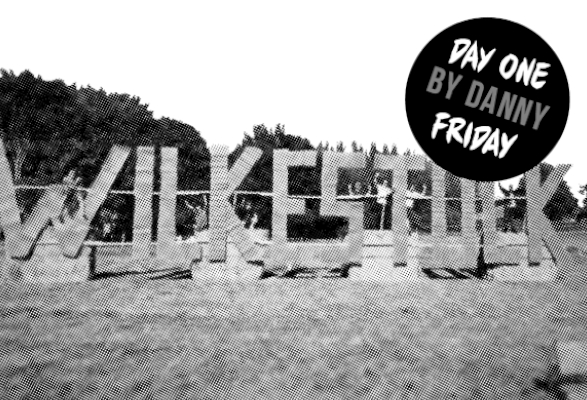 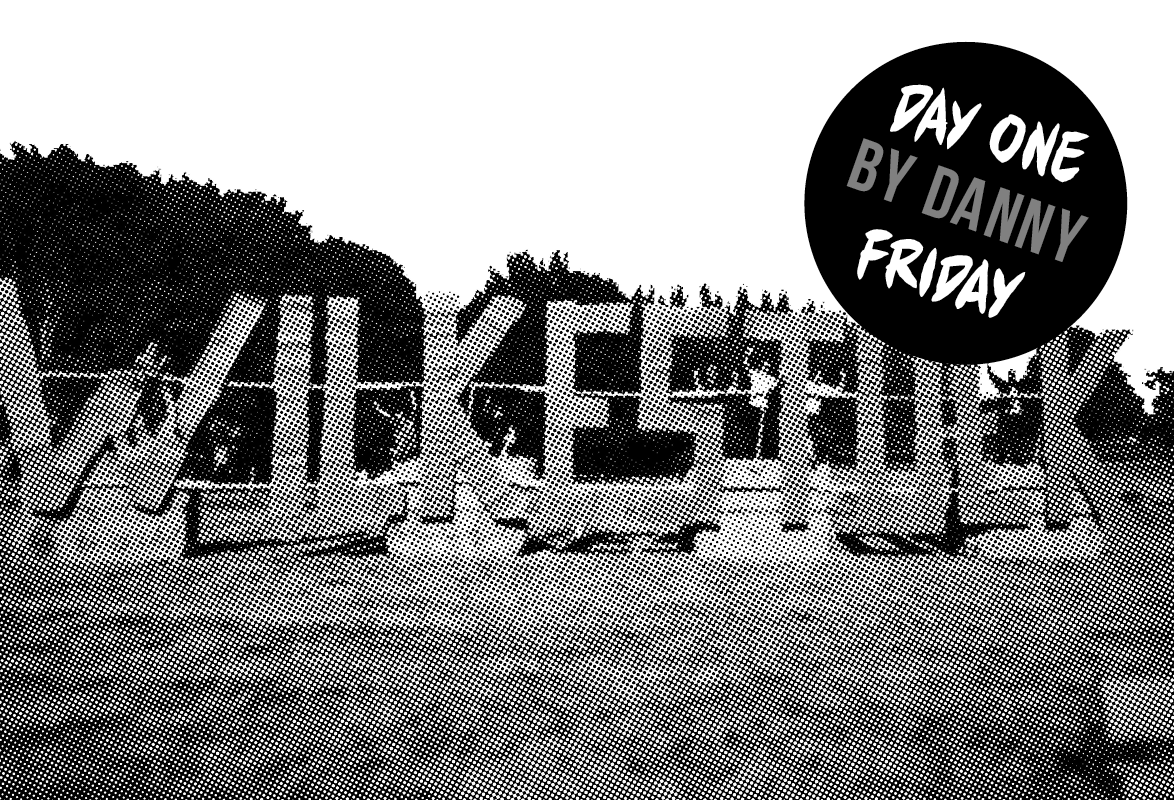 For those in the know, Wilkestock is often regarded as the very last festival of the summer. Last weekend of August, kids back to school imminently and the nights getting colder. So here we were with one last opportunity for a doosey. And a doosey we had.

For the uninitiated Wilkestock is a small, family friendly festival on the outskirts of Stevenage that regularly punches above it’s weight with the acts it gets and this year the headliners were We Are Scientists and Slaves, two huge names for a festival of this size.

Me and Brownie rocked up at about 5pm on Friday, me having done a day at work, him having not done a day at work, being the layabout teacher that he is. But once our tent was shoddily (and I do mean terribly shoddily) erected we were able to get amongst the booze and watch some bands.

The first act we watched on the main stage was Scottish four piece The Snuts who delivered a typically rowdy set, whilst occasionally stopping to berate those punters who had perched on the plentiful sofas in front of the main stage. These sofas were a god send on Saturday morning, in fairness, at least until Slaves started soundchecking on the main stage, increasing my hangover tenfold but that’s another story for another day. It might sound like a lazy comparison because they’re both Scottish but The Snuts reminded me of The View in their pomp. The singer’s voice is pure class and closing song Sing For Your Supper deserves to make them massive.

After that we hot footed it across to the Bella Stage to see Transmission favourites Sam Gifford & The Innocent. Unfortunately we were only able to catch a song and a half before their set finished but they sounded decent and the new single Running is a belter so go check that out right this minute.

Next up on the mainstage were October Drift, Juicebox Live favourites who I’ve inexplicably never seen live before. They delivered a raucous, energetic set that was probably the highlight of the day, for me. The four piece sound like Interpol which is no bad thing but played more like a punk band, giving it absolutely everything. Their recently released single Losing My Touch is one of the best songs I’ve heard all year and it sounded great here, reminiscent of great shoegazing bands like My Bloody Valentine and Ride. I bet they’re great in a small venue that’s packed to the rafters.

Staying on the main stage, October Drift were followed by another band from north of the border, this time Kilmarnock’s Fatherson. I have to admit that, whilst undoubtedly very good musicians, that they didn’t really do much for me. All I really remember about their set was the two lads on guitars had some fetching orange and green suits on. Admittedly, a considerable amount had been taken by this stage but that doesn’t make Fatherson’s set any more bang average.

Noughties indie icons We Are Scientists headlined the main stage and I had every intention of seeing them play but me and Brownie made the mistake of going back to the tent for a beer and an illegally smuggled in gin and tonic. At this point we bumped into Sahera and Elly who were just arriving and got roped into helping them put their tent up, despite them having seen our monstrosity of a tent. Once that was sorted, we got down to the more serious business of tent side sinking and therefore We Are Scientists went firmly unwatched, so sorry about that.

Despite WAS being billed as the headliners, there was a couple of bands on Bella’s Stage post 11pm. First up were Luton natives JW Paris. “Big thanks to We Are Scientists for supporting us” said bassist Aaron before the band launched into a lively set that was perfectly suited to the packed out smaller tent, at that time of night. I hadn’t seen JW Paris for a few years, since they were in their infancy and the improvement, as you might expect, was very noticeable. They’re playing at Edge on 23rd November and you’d be daft to miss it, quite frankly (Mr Shankly).

And that was it, bandwise. I had every intention of seeing Fiende Fatale cos the drummer Dom is a pal of mine but alas it didn’t happen. I can’t remember what led me to the decision of missing their set but I do remember bopping the night away in one of the dance tents where Transmission’s Jim Cunliffe was the only older, more out of place fucker in the vicinity. I also recall strolling about with Kelly of The Love Moore Collective fame on my shoulders for what seemed like ages. Other than that, who knows?

Wilkestock. We came, we saw, we drank, we woke up with a raging hangover and drank some more. The chances of Saturday being a more sedate affair were scuppered by the arrival of Ben Barry, who will take over the reviewing of proceedings