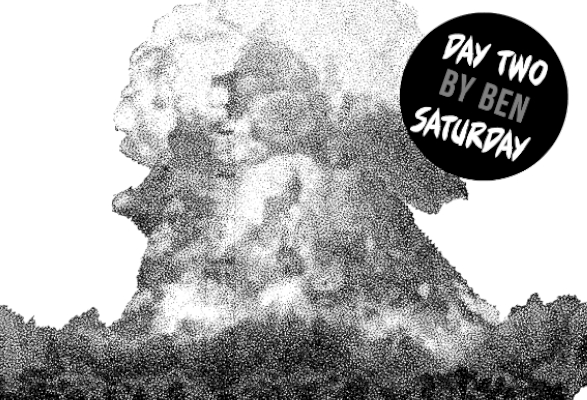 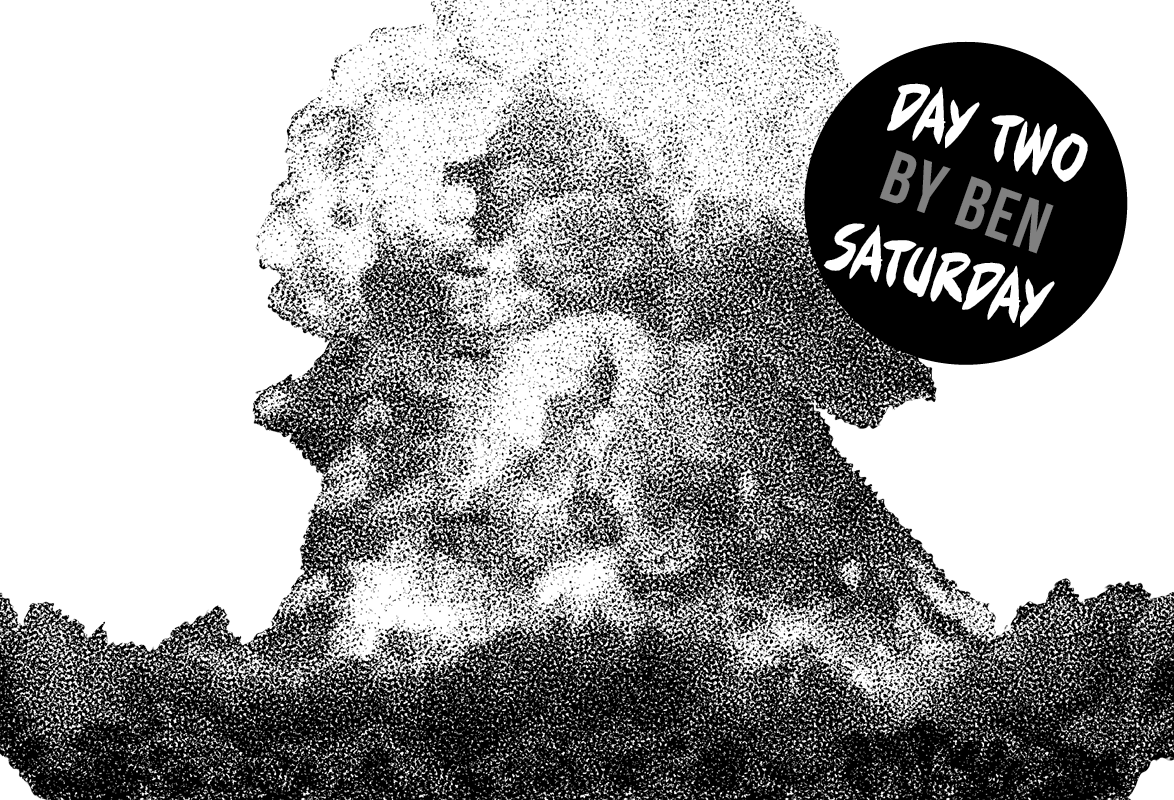 But before the carnage that ensued in the late hours at the Bella Stage, it is the Main Stage that played host to the weekend’s biggest, most established names. Hull punks LIFE (they may have mentioned being from Hull once or twice) kicked off some anti-Boris rebellion in the sunshine. Looking like Jarvis Cocker has dived head first into 80’s football casuals, frontman Mez’s attempts of crowd patter distract from the band’s lethal cannon of songs, which come inspired by the brash brilliance of The Fall. LIFE are a highly regarded live act, in tow with a superb new single ‘Bum Hour’; this was not one of their better days. Of which the opposite must be said of another politically infused punk band, that tick all the right ballot boxes tonight — headliners Slaves. A literal cymbal in the face, the duo make a glorious racket in the Hertfordshire countryside. A band that has captured a generation’s loyalty, there looks to be no waning of support and dedication to the band anytime soon. On this evidence, for good reason.

Wilkestock is not just about the big hitters, far from it, it gives a platform for many local unsigned bands to take their chance on the broader festival stage, to prove they have what it takes and win over new fans. Two bands who will have done their growing reputations no harm are The Hats and Sourdough. Finalists of The Horn’s Battle of the Bands, The Hats are still finding their groove, but when they hit it, you feel the earth begin to move. Within their set lies some genuine anthem contenders; ‘Open Your Eyes’ has one of the tastiest bass solos Peter Hook never wrote, and in ‘Signposts & Shadows’ they have a radio hit on their hands. The Hats still have work to do, but their future is as bright as their trousers.

Speaking of trousers, Jacob Kyte (lead singer and guitarist in Sourdough) appears to be wearing his girlfriend’s snake-print strides. In fact he is wearing his girlfriends trousers, no doubt about it. Then if the trousers fit, wear them — as the saying goes (Wow! I’ve said trousers a lot!) Trousers aside, Sourdough are growing to be one of the most exciting unsigned bands in the shires and beyond. Cool and distorted with a nonconformist attitude, Sourdough land somewhere in the mix of Matador and Creation Records, along with the modern life edge of indie upstarts Shame. What’s not to love?

Now let’s return to the carnage, if we may. There could be no better way to finish the day than the billing of Strange Bones and Avalanche Party. An atomic blitz, Strange Bones are one of the most electrifying and dangerous live bands on planet earth today. Prodigy VS IDLES — they obliterate the Bella Stage with stompers ‘We the Rats’ and ‘Here Come the Wolves’, triggering a full chorus of voices and spralling bodies. If you have not seen Stange Bones yet — do!

Then from the misty Yorkshire moors came a beast unknown, barring its teeth and howling at the moon. Avalanche Party could have all the locals out with pitchforks and torches, but it would be all in vain, for there can be no stopping this garage-rock animal. The only band that could have followed Strange Bones, the bare chested, all action Avalanche Party shake Wilkestock just as their name suggests. Another essential live band who are not to be missed.

With my shirt ripped I wandered through the campsite, remembering the promise I had made to Sam Rabin, “I will come watch you at 1.30PM on Sunday. I WILL be there”…