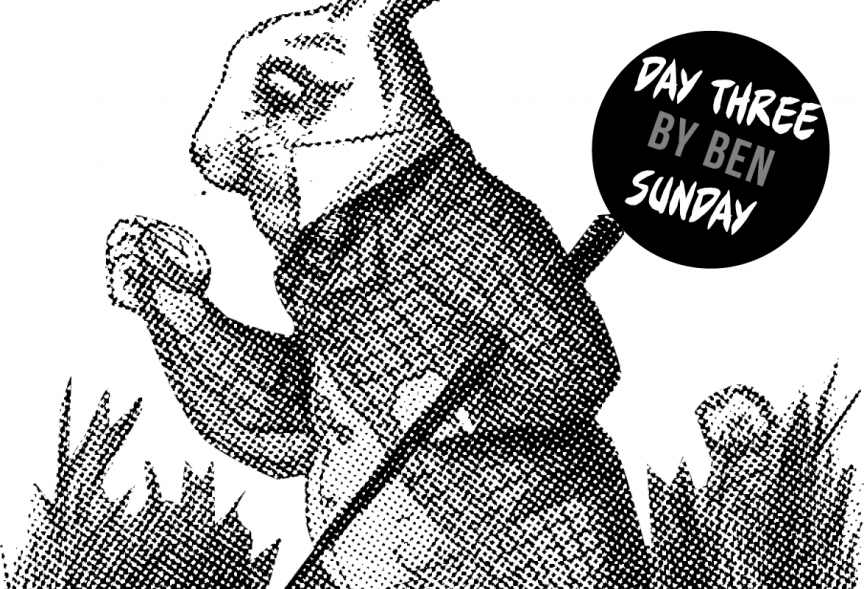 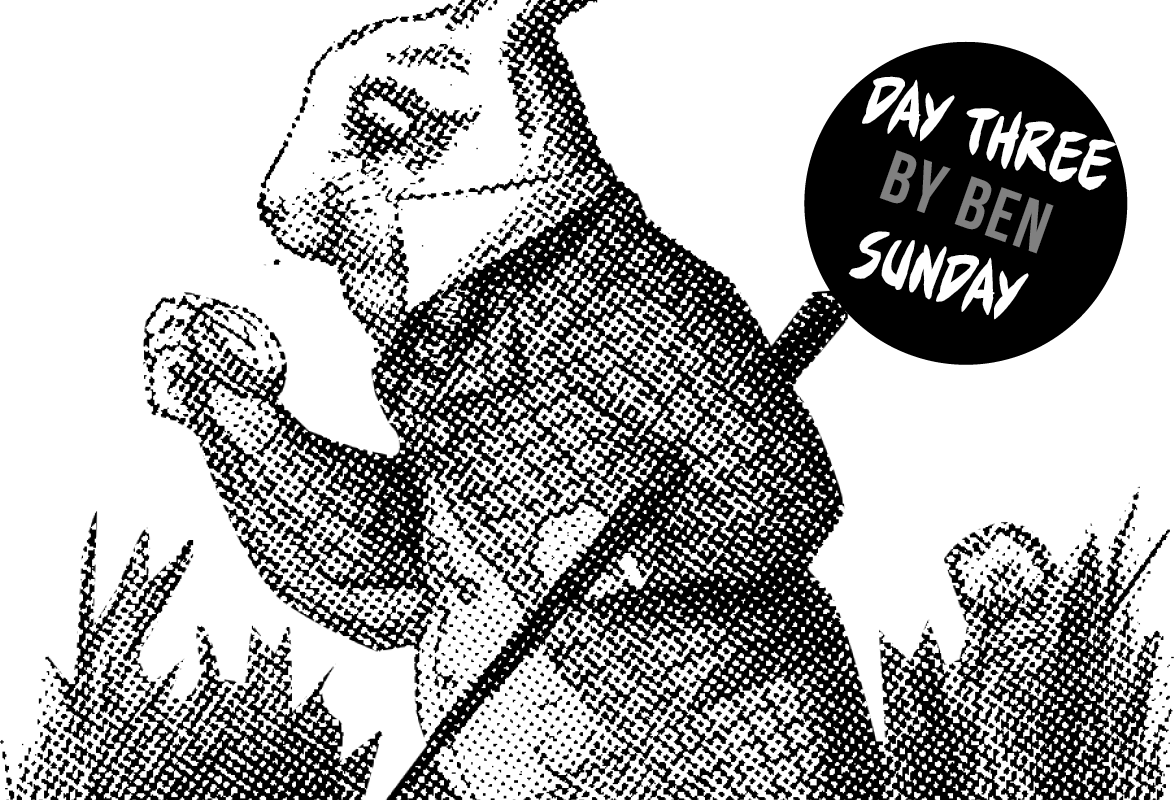 Positioned amongst the tress, hung with paper lanterns, there’s something almost fairy tale like about the acoustic stage.  I wouldn’t be surprised to see a white rabbit with a pocket watch rushing by, well, it’s been some weekend after all.

If this is indeed the Mad Hatters tea party, then Sam Rabin must be the Mad Hatter himself, as he’s certainly the master of ceremony. This man has confidence and charisma in abundance, and the songs to match. Billy Bragg at his most poetic and romantic, Sam Rabin draws you into his world, to celebrate your “unbirthday”, even triggering the most unlikely of mosh pits. ‘Pint Glass’ goes rogue from the recorded version as Rabin chooses to use his bare vocal, and it is captivating, he truly is a natural born performer, which all leads to one of the most tender moments of the weekend with ‘Be There’. Promises are not to be broken, and had they, it truly would have been a travesty to have missed this unique performance.

From one local boy does good to two. Rylands Heath will bring the party anywhere, anytime and today is no exception. Absolute pop perfection, the Luton duo are an absolute joy to not only watch, but participate with. They encourage the crowd to leave their troubles at the door, and let yourself go. And smile, always smile, as wide as a Cheshire Cat. It’s no surprise that when Luton Town F.C. have something to celebrate, which is often enough of late, this is the duo that soundtrack the celebrations.

Keeping it local, and it doesn’t get much more local than Stevenage rockers Waste on the Main Stage. Their beast of a single ‘Honey’ is top drawer, but this aside it’s all Arctic Monkeys pastiche. Humbug you may say, and ‘Humbug’ you’d be right. They’re a band who are fooling no one by painting the roses red. Unlike one of the bands of the weekend, Indian Queens. The Bella Union signings are the real deal, with a Cocteau Twins wall of haze. A band that will surely be of biblical proportions in an enclosed venue.

Wilkestock has been an delight. It is one of the most friendly, smoothly run festivals that there is. From the stages, to the hay barrels and up to the blue Hertfordshire sky, Wilkestock cannot be recommended enough. So bring on the trumpets! Of which Red Rum Club duly oblige, drawing this unique, special Wonderland to a close.